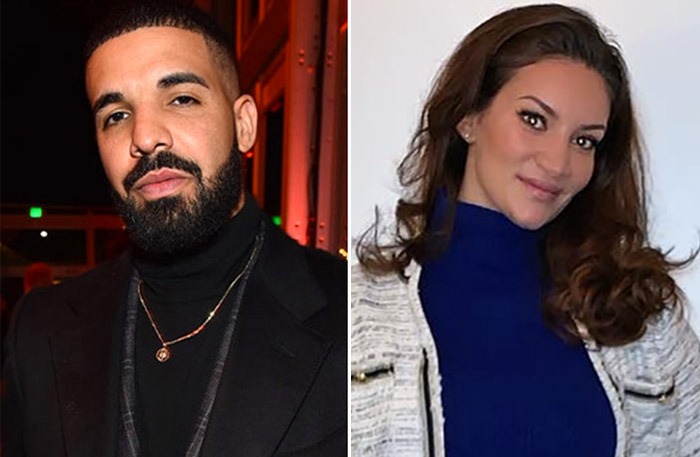 After his controversial lyric about Michael Jackson, the rapper is receiving more backlash for calling his baby mama Sophie Brussaux a “fluke.” The questionable line appears on “When to Say When,” one of two tracks Drake dropped on Saturday night, along with “Chicago Freestyle.”

“Baby mama fluke, but I love her for who she is,” he raps.

As Page Six points out, fluke has two meanings–an unlikely chance occurrence, especially a surprising piece of luck–or the less flattering definition–a parasitic flatworm which typically has suckers and hooks for attachment to the host.

The word didn’t sit well with some fans, who were quick to call out Drizzy on social media, while others defended him and didn’t see it as a diss.

Drake is rude as hell. You slept with one (of many) women with no condom, she gets pregnant, has the baby, keeps it a secret for you, takes the embarrassment when Pusha revealed it, has never said anything bad about you…and she’s a fluke?! He needs to be slapped!

Drake called his baby mama a fluke .. that’s messed up 😭

Not understanding the uproar with Drake saying his bm was a fluke. Did no one not hear the part that he respects her??
I mean shid, vice versa, I’m sure he is seen as a fluke to her too. They was on some fluke shit and made a baby 🤷🏽‍♀️ calling it a fluke doesn’t deny the blessing

Drake calling his baby mom a fluke got ladies so livid.. yet y’all listen to tons of artists who disrespect women way worse. He can SAY What he WANTS and that’s ON SOUL

Drake and Brussaux, a former adult film star, share a son named Adonis, which Pusha-T famously revealed on his diss track “The Story of Adidon” in May 2018. During a 2018 appearance on HBO’s “The Shop,” Drake opened up about his relationship with the mother of his child.

“I am a single father learning to communicate with a woman who, you know, we’ve had our moments,” he said. “I don’t ever want the world to be angry at his mother. Like, we have found ourselves in a situation and we are both equally responsible and now, like, I’m just really excited to be a great father.”

Drake also raised eyebrows for his line about the King of Pop. “Michael Jackson shit, but the palace is not for kids / Still women sayin’ it’s childish the way we live,” he raps on “When to Say When.”