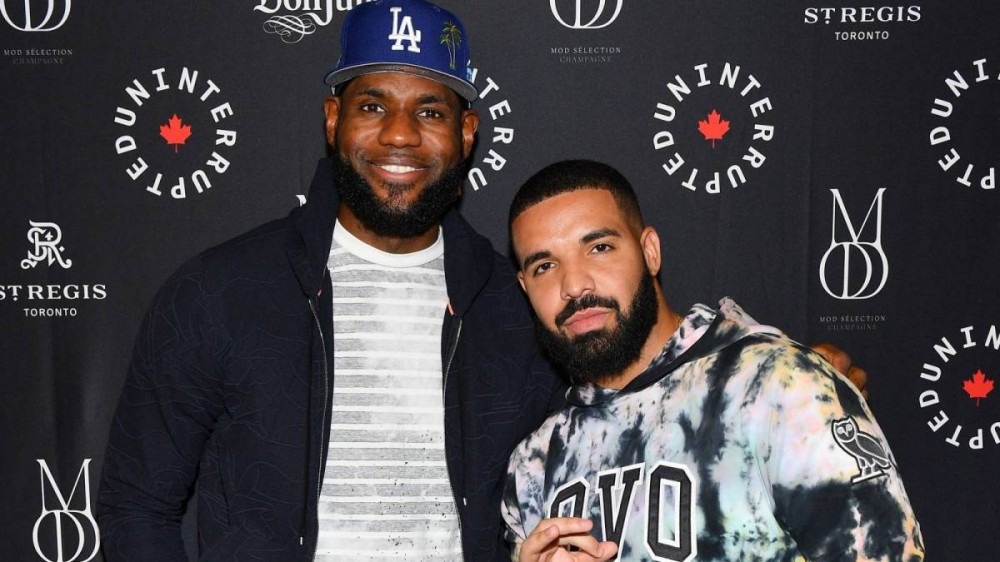 Don’t get me wrong, Drake, Lebron and JR are cool, but Adonis is really stealing the show here pic.twitter.com/pCrnWAa3uZ

The 15-year-old, 6’2 guard/sophomore Bronny suffered a torn meniscus in February and the championship was his first game returning to the roster. Despite 7 points from the younger James and a dunk from future UCLA player Amari Bailey that got both Drake and LBJ jumping out of their seats, the Corona Centennial Huskies defeated the Sierra Canyon Trailblazers, 80-72.

OMG AMARI 😤🤬 Even Drake and LeBron jumped out of their seats 🔥 @SCanyonSports pic.twitter.com/7EEeFm96JW

Bailey also led all scorers with 33 points but was downtrodden by the loss before Drizzy offered him some words of encouragement.

“Drake came up to me afterward and he just said, ‘Do you know how many L’s I’ve taken in my life to get to where I am? Keep your head up,’ Amari Baily told Yahoo! Sports. “And Bron just reminded me that he lost the Finals on his home court and came back and won a championship the next year,” Bailey said.

In spite of the sideline spectacle, Drake impressively managed to be a big part of this week’s New Music Friday. He appeared on Migos’ highly touted Culture III album via the song “Having Our Way” and helped Polo G get the word out for his anticipated Hall Of Fame album by attending the release party with Nicki Minaj.