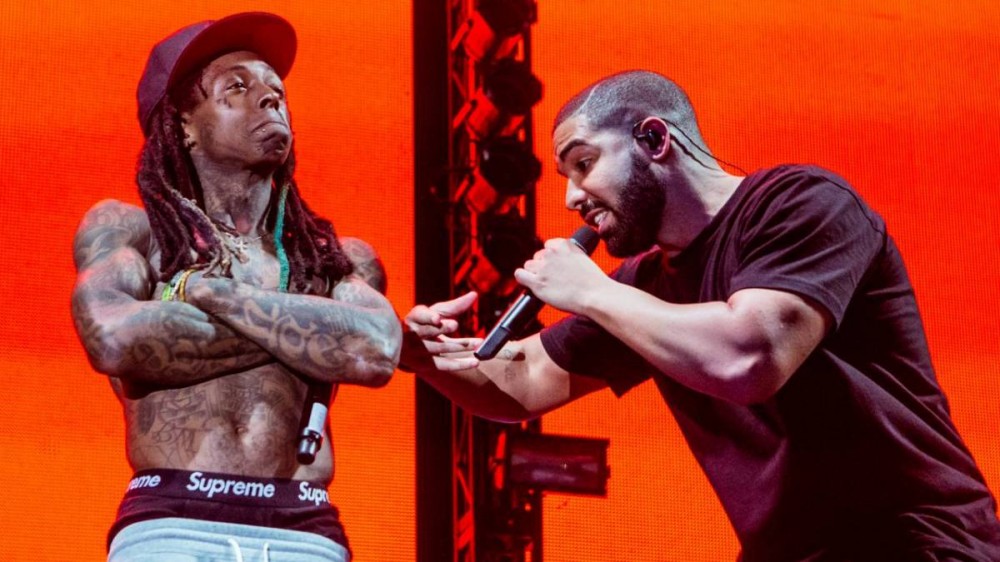 Miami, FL – Drake and Lil Wayne go back. From Weezy signing an up-and-coming Drizzy to his Young Money label back in 2009 to the rap megastars hitting the road together in 2014 for the Drake vs. Lil Wayne Tour — not to mention the countless songs they’ve made together — the “HYFR” duo’s loyalty runs deeper than most Hip Hop partnerships.

So, it’s no surprise that when Lil Wayne brought in his 39th birthday on Monday night (September 27), Drake was at the heart of the celebrations. During the private party at the swanky Swan restaurant in Miami, the Certified Lover Boy hitmaker made a toast to his former label boss, who he called his “idol.”

“We don’t get a chance to gather as a family much anymore,” Drake said while hoisting his glass of champagne in honor of Lil Wayne. “I still, to this day, get nervous speaking about this man because, at the end of the day, as much of a brother and a mentor as he is to me, he’s still my idol. And still somebody who just puts me in a place where, when I start thinking about him, I start thinking about my family.”

Drake makes a toast to Lil Wayne for his birthday 🐐🐐 pic.twitter.com/VaXxoz3sB5

Naturally, the DJ played Lil Wayne and Drake songs the whole night, according to various sources.

Drake took to Instagram on Wednesday (September 29) to share photos from Lil Wayne’s 39th birthday celebrations. He posted a group photo featuring himself, Weezy, Young Money President Mack Maine and Wayne’s former manager Cortez Bryant among others, as well as photo booth flick of him holding up one of Wayne’s “Best Rapper Alive” bandanas.

“YM FOREVER AND EVER,” the 6 God wrote as the Instagram caption.

Although she wasn’t in attendance at the Miami bash, fellow Young Money megastar Nicki Minaj also wished Lil Wayne a happy 39th birthday on her Instagram Story. “The 1st pic I ever took w the man who changed my life,” she wrote next to an early photo of her and Wayne. “Happy Birthday to my everything @liltunechi.”

Last year, Lil Wayne and Drake’s former manager Cortez Bryant hinted at a second Drake vs. Lil Wayne tour, telling Hip Hop journalist Brian “B.Dot” Miller, “They talked about [doing a second run]. I think we do need to do it again.”

There has also been plenty of chatter surrounding a possible Drake vs. Lil Wayne Verzuz battle, with 50 Cent among the big names calling for a showdown between the OVO and Young Money heavyweights. If you ask Birdman, though, Lil Wayne’s only competition in the Verzuz arena is… himself.