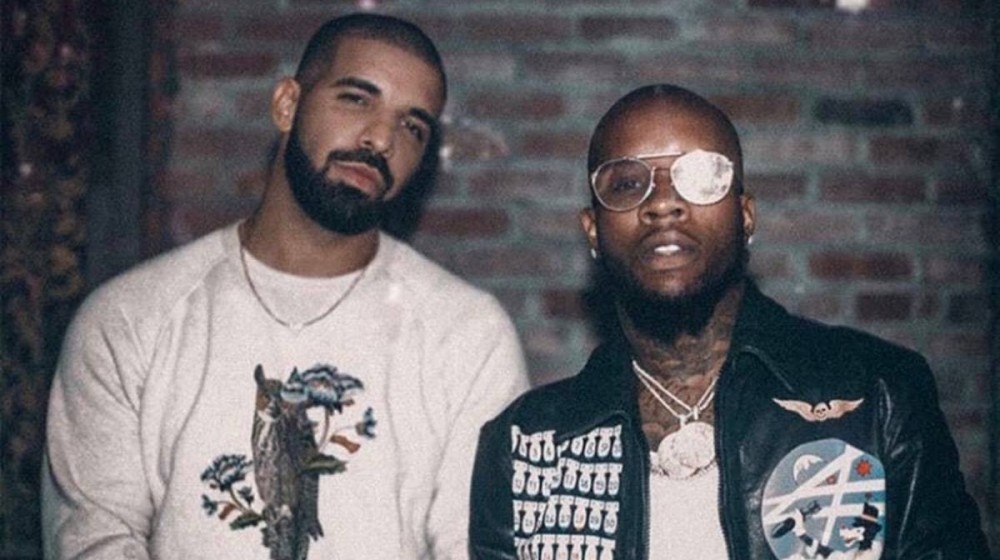 Drake and The Weeknd are on a lot of artists bucket lists as far as features go, including Tory Lanez who has revealed he’s been sending the pair tracks for years to no avail.

On Tuesday (August 30), the embattled rapper was answering fan questions on Twitter when one supporter asked whether he’d secured any collabs with his fellow Canadian crooners for his next album.

“Been sending them songs for years … but nah not a single one,” Lanez replied.

Drake and Lanez started off their relationship as foes in the early days of the latter’s career, but the pair ultimately resolved things and even ended up doing a brief European tour together in 2019 called the Assassination Vacation Tour.

Been sending them songs for years … but nah not a single one 😅😅 https://t.co/5o9wrgO6gf

One troll ultimately clowned Lanez for admitting that his idols ignored him, but the Chixtape rapper clapped back.

“That’s embarrassing,” the troll wrote. “Who would ever admit that.”

“Me cuz it’s not embarrassing to me I’m an incredible artist,” Lanez replied. “No loss they still great.”

Me cuz it’s not embarrassing to me I’m an incredible artist . No loss they still great 🤷🏾‍♂️

Elsewhere in his Q&A, Tory Lanez said his dram collab was Taylor Swift and that if he had to pick a favorite album it would either be Lost Cause or Daystar, the controversial project he released to partially respond to the criminal allegations of him shooting Megan Thee Stallion earlier in 2020.

Tory Lanez is still facing criminal charges for allegedly shooting Megan Thee Stallion in the foot in 2020. In July, Lanez’ lawyers asked the trial’s start date of September 14 to be pushed back, citing “potential conflicts” due to an unrelated case involving Meg.

It remains unclear whether the request will be granted, with the judge claiming it was too “premature” to delay the trial.

The 30-year-old rapper is also embroiled in another lawsuit related to a 2019 incident that went down at LIV Miami, in which Lanez allegedly punched Love & Hip Hop: Miami star Christopher Michael Harty, aka Prince, while inside the club.

The suit seeks unspecified damages for the alleged physical, psychological, and mental distress “from blunt force trauma” to Prince’s neck, chest and back. Lanez is already off to a rocky start with the suit, as his lawyer last week filed a motion asking for permission to stop representing him.

In court documents obtained by RadarOnline, the attorney wrote he is “unable to effectively represent” Lanez, and told the court it was in the best interest of both parties for him to leave. The judge reportedly signed off on the request.

Meanwhile, The Weeknd is poised to have one of the biggest grossing stadium tours in recent memory, and he’s not even done with the first leg yet.

Touring Data revealed the statistics behind four of the Toronto singer’s After Hours Til Dawn tour dates from New Jersey’s MetLife Stadium, Chicago’s Soldier Field, Gillette Stadium in Foxboro, Massachusetts and FedEx Field in Landover, Maryland — and the numbers are staggering.

From those four dates alone, the tour saw $30 million in revenue from over 190,000 tickets sold, including complete sellouts in all four venues.