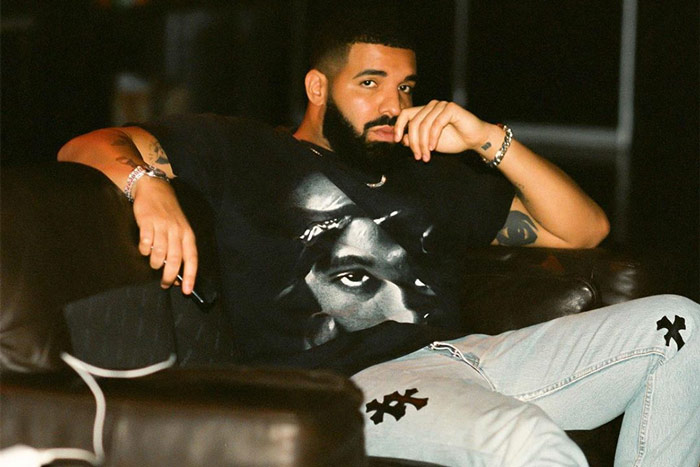 Drake is down with Dabbing Granny.

Champagne Papi surprised fans by making an appearance during the social media sensation’s Instagram Live session ( HipHop-N-More). The grandmother and weed aficionado, who has 1.3 million Instagram followers, asked Drake about staying positive and how he’s dealing with the coronavirus outbreak.

At the end, he revealed that he was just in the studio working on his long-awaited album. “I just left the studio. I’m working on a new album,” he told Granny.

She asked him when it would be released, but Drake stopped short of giving a release date. “When it’s done, hopefully soon,” he responded, adding, “I feel great, I’m excited.”

Granny, whose real name is Gail Olson, also complimented Drizzy on his smile, something he wasn’t always proud of. “I was always self conscious about it back in the day, but now it’s too many great things going on. I have to smile once in a while,” he said before returning the compliment.

“You touched so many people,” he told her. “You come on here with positivity. You’re jolly and just happy and joyful and it’s like, even for me, sometimes I just look at your page if I’m feeling down.”

She also asked the Canadian superstar whether he was concerned about traveling due to the coronavirus outbreak (“It’s a wild time, but we’ll see how it plays out”) and how he remains upbeat (“We just gotta keep living”).

Drake has been hard at work on his new album, which he says will be “more concise” than 2018’s Scorpion. He recently dropped a pair of tracks, “When to Say When” and “Chicago Freestyle,” and appeared in the video for Lil Yachty’s new single “Oprah’s Bank Account.”