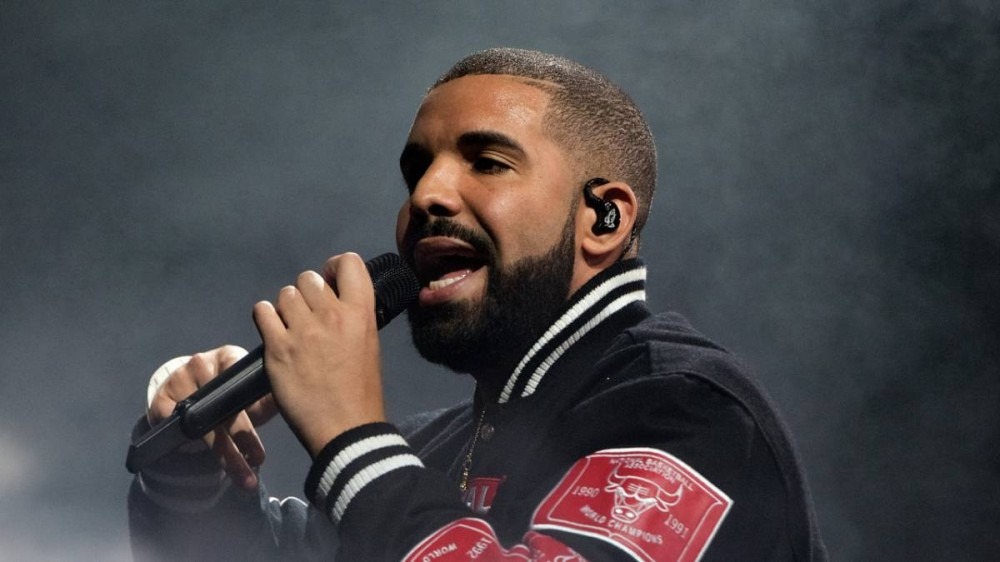 Drake is never one to stick to one style or trend, and he’s now switched up his hairstyle for something with a little throwback flavor.

The 6 God took out his braids and kept the waves with a greasy look that makes it look as if he’s been put in a time machine going back four decades into the past.

Drizzy sported the new look on yet another trip to Turks and Caicos. He took to Instagram on Friday (August 26) looking for his followers’ help in giving his latest alter-ego a nickname with a few photos at the casino on the roulette table.

“Give this guy a name…,” Drake captioned a selection of pics of him sporting the new hairdo.

It wasn’t just fans that threw out a few suggestions, some of Drake’s celebrity friends also pitched in with some funny names.

Quavo kept things in the wrestling world with an ode to Scott Hall, who passed away in March. “RAZOR AUBREY RAMONE,” he said.

While Justin Bieber chimed in with: “Clarance Donovan aka steezeman deluxe.”

The OVO head honcho even played the role of a bartender in a clip going viral which found him as a mixologist cooking up a cocktail for his friends while on the water.

Lil Yachty, who recently celebrated his 25th birthday, joined the trip as well. The “Minnesota” rapper even got an OVO owl tattooed on his wrist in an homage to Drake. Still, Drizzy clowned Yachty for riding a jet ski with Nike Dunks on while downing Wild Berry Skittles.

On the music side, Drake has notched two guest appearances on DJ Khaled’s new GOD DID album, which arrived on Friday (August 26). The previously-released “Staying Alive” featuring Lil Baby slipped to No. 23 on the Billboard Hot 100 following a Top Five debut and Drizzy also scored the album’s “No Secret” 47-second intro.

Meanwhile, Fake Drake has said the real Drizzy threatened to slap him “for free” while they both were in Miami recently.

Izzy Drake, received Drake’s stamp of approval last year when he began popping up in Miami clubs to impersonate the 6 God, and the doppelgänger even FaceTimed Drizzy to congratulate him on the release of his new album Honestly, Nevermind.

However, Fake Drake told the We In Miami Podcast that he recently tried to roll through Drake’s Miami hotel room, and that things got a little tense.