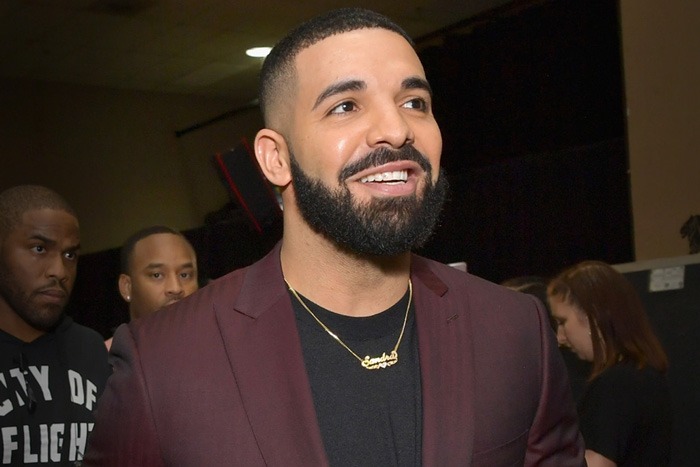 Drake is making one fan’s day a little brighter.

The rapper surprised Zelek Murray with a heartfelt message in honor of his 14th birthday. According to The Shade Room, Zelek is currently hospitalized with a rare form of brain cancer.

Drake was introduced to Murray from his friend, Canadian singer-songwriter Mustafa the Poet. “I can’t imagine how tough you have to be, and Mustafa let me know that you’re a fan of mine. Well, I’m a fan of you,” Drake said in his pre-recorded video. “I’m a fan of people with heart, and I can tell that you have a lot of heart. So I just wanna tell you, stay strong, I love you, and I appreciate you.”

“This was so heartfelt and touching because Drake took the time out to give my son words of encouragement and light during a time that’s been very dark for me and my family,” Temeka told The Shade Room. “The birthday has touched him in ways I’ll never be able to put into words.”

She also personally thanked Drake and Mustafa for putting a smile on her son’s face. “You don’t even know how much this ment [sic] for US but most importantly ‘HIM,’” said Temeka. “His strength is like no other and yes he has his good days and bad days, BUT THIS is exactly what he needed to lift up his Spirit.. to never give up.”

Drake’s goodwill has been well-documented. Earlier this year, he FaceTimed with a young fan named Elijah shortly before he passed away from cancer. In 2016, he and Rihanna met with a cancer patient named Megan as part of the Make-A-Wish Foundation.

THANK U @champagnepapi THANK YOU @mustafathepoet ….. You don’t even know how much this ment for US but most importantly “HIM”. His strength is like no other and yes he has his good days and bad days, BUT THIS is exactly what he needed to lift up his Spirit.. to never give up. Because you took time out of your day to put a smile on a 14yr old boys face (ZELEK MURRAY) @wxvy.zk06 you are my hero ‍♀️ and many others. Your strength is like no other thank you for always having a smile on your face and making all your nurse laugh even tho your the one in pain. WE ARE FOREVER THANKFUL