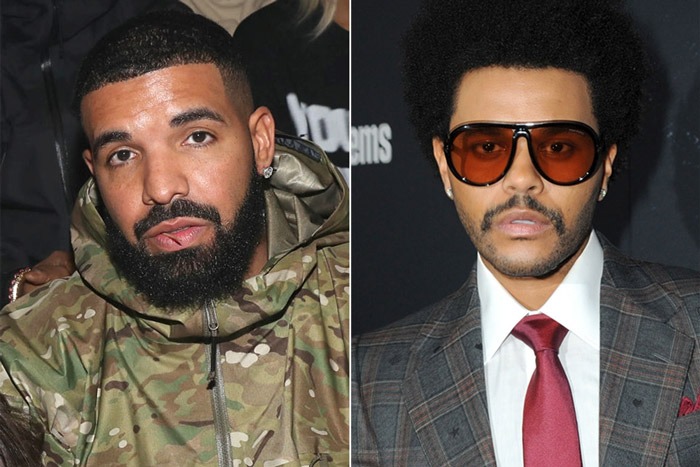 It’s all love between Drake and The Weeknd.

While the two have had their issues in the past, it appears that it’s all water under the bridge. Drake surprised fans on Thursday night when he popped up during an Instagram Live session The Weeknd was hosting to celebrate the release of his new album After Hours.

Champagne Papi took to the comments section to seemingly share his favorite track on the album. “Too Late,” he wrote alongside a series of sneezing face emojis. He also added three dancing man emojis. Fans took it as a sign that the OVO-XO collaborators are on good terms.

Drake addressed their estranged relationship on December’s “War” freestyle, which appeared on Oliver El-Khatib’s mixtape, El-Kuumba Tape Vol. 1. “OVO XO link up,” raps Drizzy. “And the boy that sound like he sang on Thriller / You know that’s been my ni**a / We just had to fix things, family, 6 things, we can’t split up.”

Prior to that, it was rumored that The Weeknd was taking shots at his fellow Canadian on Gesaffelstein’s “Lost in the Fire,” where he sang about hiding a child, a possible reference to Drake’s son Adonis. “And I just want a baby with the right one / ‘Cause I could never be the one to hide one,” he sings.

After Hours also includes a line that has raised some eyebrows. “I take half a Xan and I still stay awake,” The Weeknd sings on “Faith.” Fans pointed out that Drake has a similar lyric on Travis Scott’s “Sicko Mode”: “I did half a Xan, 13 hours ’til I land / Had me out like a light.”

The album, which features contributions from Metro Boomin, Belly, and Max Martin, is expected to do big numbers in its first week. The project is currently No. 1 in 73 countries on Apple Music.