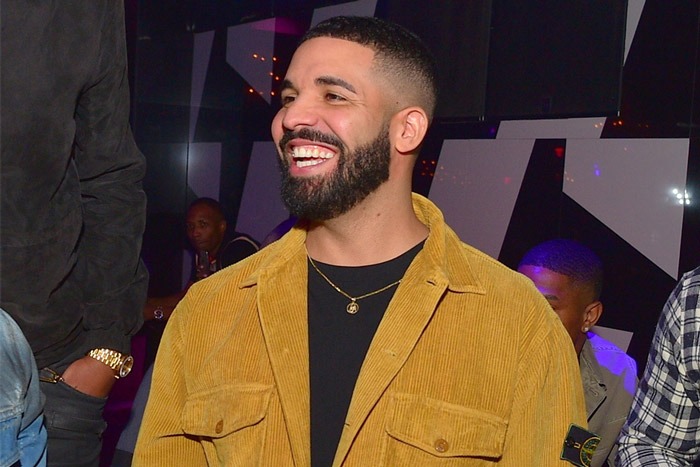 Fatherhood is looking good on Drake.

Taking to Instagram Stories on Thursday, the proud dad shared a couple new photos with his son Adonis. In the heartwarming pics, Drake can be seen putting a blue durag on his 3-year-old son’s head as he sits on the bed. He adjusts it while Drake’s mother, Sandy Graham, lovingly looks on at her grandson.

Adonis, whose mother Sophie Brussaux lives in Paris, appears to be spending the holidays with his dad in Toronto. Over Thanksgiving weekend, Drake shared an adorable photo of father and son cozied up, with Drake’s head resting on Adonis’ shoulder.

In October, Champagne Papi celebrated his son’s 3rd birthday by throwing him a party at his mansion, posting the photos on Instagram.

“I want to be able to go places with my son and share memories with my son,” Drake told Lil Wayne of his decision to open up. “I don’t want to feel like just because of a life choice I made to be a ‘celebrity’ that I got to make everybody live under this blanket. So, I just wanted to free myself of that.”

When he’s not being a devoted dad, Drake remains busy with work. On Friday, he launched the first collection from his NOCTA sub-label with Nike. He also recently collaborated with his OVO signee Young Bleu on “You’re Mines Still,” for which a video was released this week.

And 2021 is shaping up to be another big year for Drake, who was named Billboard’s Top R&B/Hip-Hop Artist of the Decade. His long-awaited album Certified Lover Boy is due in January.