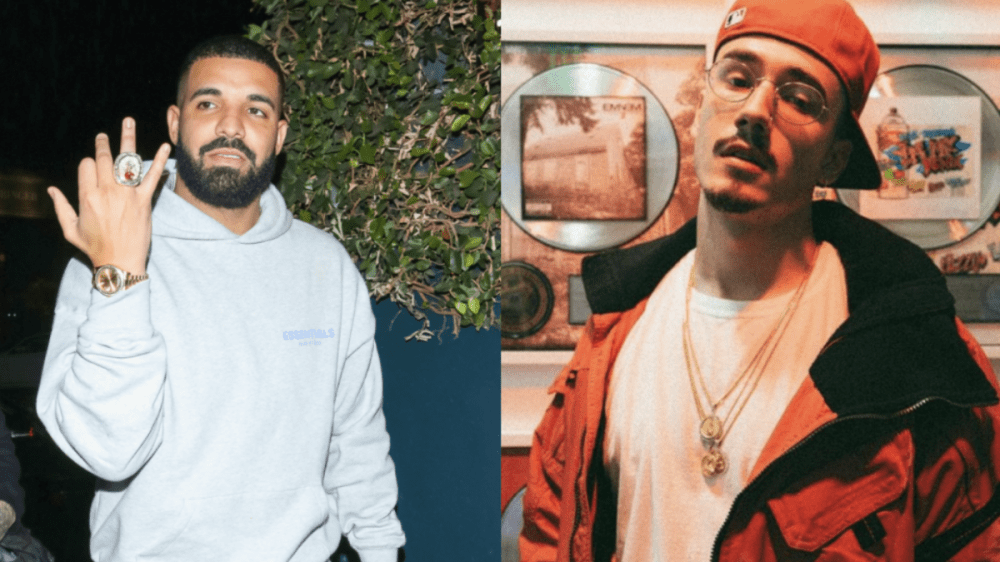 Miami, FL – Every aspiring rapper is waiting on their big break no matter how that might come. Miami rapper Apollo Lofton heard Drake was in town earlier this week and paying a visit to a store nearby and the neophyte rhymer tracked the 6 God down and waited outside for two hours just to play Drake his freestyle to “No Friends in the Industry.”

“I just hopped on it, I had to do it,” Lofton can be heard saying to Drake as Drizzy gives him a salute of acknowledgment before getting in his black SUV. “It was too hot. Love you.”

Apollo Lofton joined Power 96 for an interview and expanded on the interaction saying Drake actually called him over to play more of the song after the cameras cut out. He backed up his claims by showing how Drizzy actually shot him a follow for his efforts on Instagram.

“The whole thing was as soon as he walked out I’m pressing play on that muthafucka,” he explained. “He called me to his car and that’s when we had the conversation. He pulled the window down but I didn’t get in the car with him. He’s like, ‘I’m rocking with it, what’s your IG? Where you from?’”

Moral of the story, never be afraid to shoot your shot. Listen to Apollo Lofton’s “No Friends in the Industry” remix below.