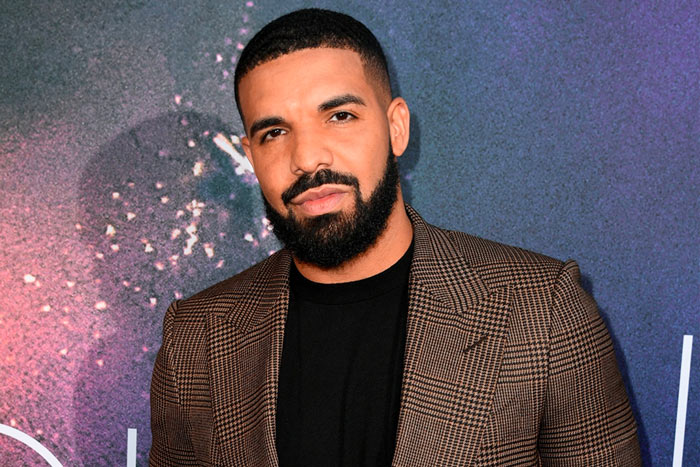 Drake may be nearing completion on his new album.

The Toronto rapper took to his Instagram Story on Sunday night to share a couple photos in the studio. But it was his caption that has fans talking. He wrote “80%” over one image of himself, sparking speculation that he is close to wrapping up the long-awaited project.

While Drake didn’t make it clear if he was talking about his new album, he previously said that the follow-up to 2018’s Scorpion would arrive this summer. “Also my 6th STUDIO ALBUM DROPPING SUMMER 2020!!! Lucky number 6 😈 soon fwd,” he told fans.

Over the weekend, three new Drake tracks leaked including “Lie to Me,” “Greece,” and “In the Cut” featuring Roddy Ricch. “The Box” rapper played the latter while going live on Instagram on Sunday. “Ni**as leaking the music and shit like that. That shit crazy,” said Roddy.

Roddy Ricch reacting to his collaboration with Drake ‘In The Cut’ leaking 😯😢 pic.twitter.com/b5D2ZkJWdH

In late April, Drake dropped Dark Lane Demo Tapes to hold fans over. “I just tried to float that out there, set the tone for the album and then, yeah the album is being worked on every day,” he said during an interview with Lil Wayne on Young Money Radio.

Drake previously revealed that the project would be shorter than Scorpion, which had 25 songs. “This album, I’ll probably make it a more realistic offering, something more concise,” he said.

Additionally, he is featured on DJ Khaled’s upcoming single, which is expected to drop soon. “Drake is definitely on DJ Khaled’s single and the vocals sound so incredible,” Khaled said during a recent appearance on N.O.R.E.’s “Drink Champs” podcast. “The frequency of that motherfu**er, the sonics, the way that shit sound, it’s incredible.”

Drake will be on DJ Khaled’s new single. 🦉🔑 pic.twitter.com/U3fDXz6eXT