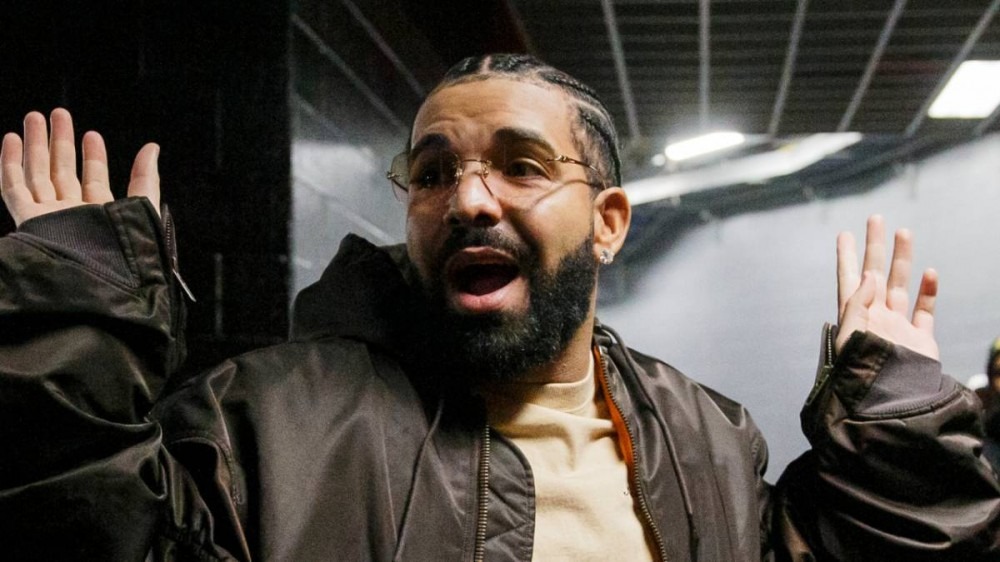 Drake may have dropped his seventh studio album Honestly, Nevermind by surprise on Friday (June 17), but he’s already looking ahead to his next release.

During the debut episode of his new Sound42 SiriusXM radio show Table For One that aired in the lead-up to the midnight release of his aforementioned LP, the OVO rapper revealed he’s readying a new Scary Hours project.

“I’m about to play you an album that means the world to me,” he told listeners while introducing Honestly, Nevermind. “It took us about six, seven months to make maybe, and [it’s] something that I always wanted to do. I don’t really want to over-explain it; I just want to play it ’cause it’s a bunch of music that I love.

He added, “I got another Scary Hours pack coming too in a little bit. Maybe not right now [laughs]. I need you to just take this in right now, but I have a Scary Hours. I’ma slap some headtops off with this Scary Hours pack.”

Drake took six to seven months to make “Honestly, Nevermind”, a poetry book is on the way and has another Scary Hours the stash!!! 👀👀👀 pic.twitter.com/B9HHh4FoV3

An EP series made up of loose (but no less popular) material, Drake released his first Scary Hours care package in January 2018 featuring the songs “God’s Plan” (which became a chart-topping, diamond-certified smash and was later included on Scorpion) and “Diplomatic Immunity.”

A sequel arrived in March 2021 containing “What’s Next,” “Wants and Needs” featuring Lil Baby and the Rick Ross-assisted “Lemon Pepper Freestyle.” “What’s Next” earned Drake his ninth No. 1 single on the Billboard Hot 100 and fourth to debut atop the chart.

A new rap-heavy Scary Hours EP might come as welcome news to those who haven’t fallen in love with Honestly, Nevermind. Featuring production from the likes of Black Coffee, Carnage and Noah “40” Shebib, the 14-track album draws heavily from house and dance music — a direction that has left some fans fanbase slightly puzzled.

“I thought Drake was finna rap his ass off. He gave us Forever 21, Hot Topic, H&M ass music,” one disappointed listener tweeted, while another wrote, “It’s not even like the tracks are garbage cuz I love house influence music but I’m not trying to hear this shit.”

I thought Drake was finna rap his ass off. He gave us Forever 21, Hot Topic, H&M ass music 🤦🏾‍♂️ pic.twitter.com/EttAvT3i86

“It’s the vibes when you sitting in the lobby of the SLS Hotel having some drinks on a leather couch with the lights dimly lit,” he said. “You got a suit on, no tie, first couple of buttons of your shirt open, some slippers on, loafers, no socks. I’m never going to revisit the album again, but if it comes on when I’m in the lobby of a luxury hotel, I’m not mad at it.”

“It’s all good if you don’t get it yet,” he says to the camera as one of his new tracks, “Calling My Name,” blares in the background. “That’s what we do! We wait for you to catch up. We in here, though, we caught up already. On to the next. My goodness!”

Despite its somewhat divisive sound, Honestly, Nevermind isn’t without its more familiar rap and R&B elements. 21 Savage makes the album’s lone guest appearance on the Memphis-flavored “Jimmy Crooks,” which feels like a sequel to their Certified Lover Boy collaboration “Knife Talk,” while “A Keeper” evokes the More Life ditty “Get It Together.”

The album is dedicated to the late fashion icon Virgil Abloh, who passed away at age 41 last November following a private battle with cancer. ““DEDICATED TO OUR BROTHER V,” reads Drake’s personal message on the album’s Apple Music blurb.