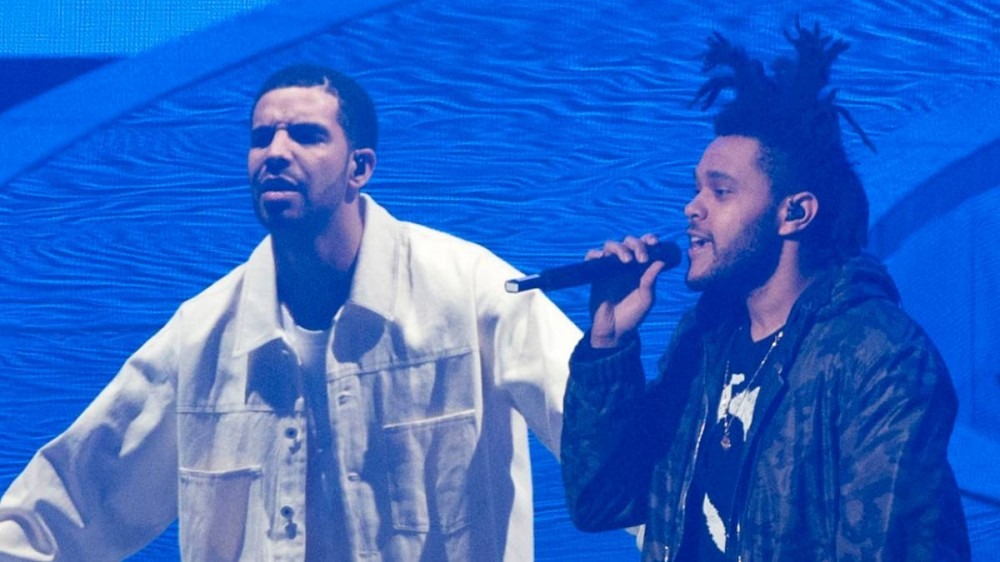 Toronto, Canada – Drake has a very long history with his Canadian brethren, The Weeknd. The two worked closely together on Drizzy’s 2011 sophomore album, Take Care and soon after that, the R&B crooner became a global superstar.

On Thursday (July 7), the 6 God took to his Instagram Story with a post reflecting on the first time he heard The Weeknd’s music. As the story goes, Drake’s friend and manager Oliver El-Khatib played him Abel’s music one rainy night in Toronto, and the sounds were enough to convince Drizzy to link up with him in the studio.

“Ok, look, this right here, this little driveway area right here, this the first place that I ever heard The Weeknd’s music right here,” Drake said. “Shoutout to Oliver, of course, my brother. Oliver played me The Weeknd right here. This my old building in Toronto. We were parked out here.”

Drake was referring to The Weeknd’s After Hours Til Dawn Tour kicking off in Toronto Friday night (July 8). Despite the positive vibes, the two haven’t always seen eye-to-eye, though. After working with each other on several tracks, Drizzy tried to sign Abel after their early collaborations, but the singer decided to go elsewhere, causing friction between them. However, the “Crew Love” duo were able to patch things up in 2019, as Drake revealed on his Dark Lanes Demo track “War.”

“OVOXO link up, mandem drink up, me and the drillers/Hawk and Sticks and Cash and Baka, Gucci, P, and Gilla/And the boy that sound like he sang on Thriller, you know that’s been my n-gga/Yeah, we just had to fix things, family, 6ix tings, we can’t split up,” he rapped.

Last year, Drake claimed he and The Weeknd were the greatest Hip Hop and R&B Toronto artists of all time after both men won big at the 2021 Billboard Music Awards. Drizzy was honored with the Artist of the Decade award, while Abel took home 10 trophies, the most of the entire night.