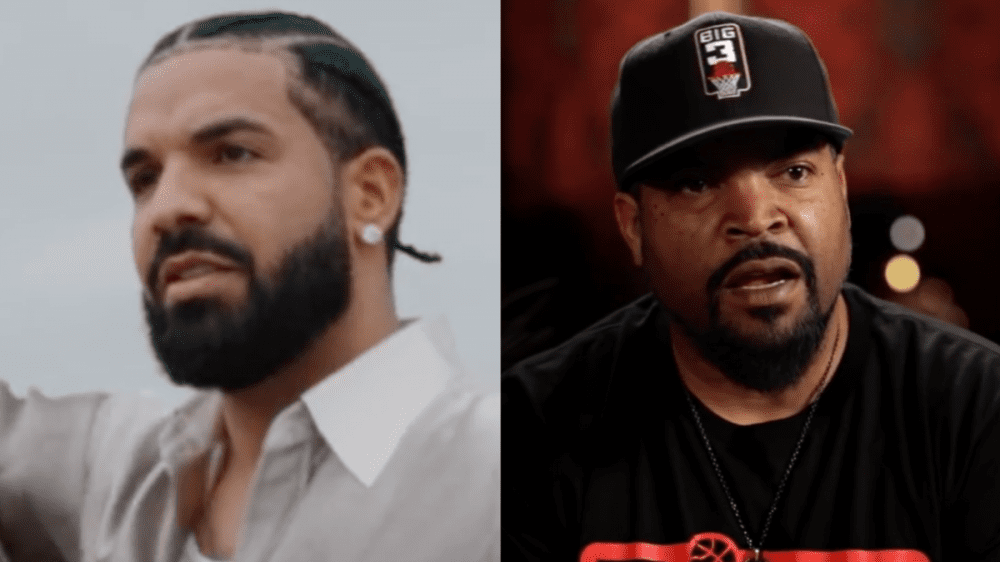 Drake may be making millions from touring now, but he was once opening for Ice Cube for just $100.

The Instagram account The Flyer Vault, which documents Toronto club and concert history, shared a post revealing Drizzy received just three figures as a support act for the N.W.A legend in 2006. The concert took place at Kool Haus in August that year, with Drake performing from 10 p.m. until 10:30 p.m. before Cube hit the stage at 11:00 p.m.

“On August 19, 2006, Ice Cube headlined the Kool Haus with supporting act Drake in what was likely his first ever concert,” the post read. “The Boy got paid a handsome sum of $100 and performed cuts from his debut mixtape Room for Improvement which was released earlier that year. Classic history! Courtesy of @jb_smoooth.”

Drake shared the post to his Instagram Stories on Tuesday (October 18) and wrote underneath: “This is for anybody getting 100 a show right now… keep going.”

Ice Cube previously made comments about Drake having a “good run” and that artists only have three years at the pinnacle of rap.

“He had a good run,” he told the Sana G Morning Show in 2018. “You’ve only got a three-year run in the rap game, baby. You’ve only got three years at the tip-top of the rap game before you have to find your place in this thing. That’s just the pattern. Everybody, Wayne when he was hot, three years on top and you were looking for somebody else.”

Cube later clarified he wasn’t talking about Drake specifically, but his opinion on artists in general.

“I wasn’t saying that about Drake,” he told Big Boy’s Neighborhood. “It’s my theory about anybody in music. You usually have a three, maybe five-year reign at the tip-top before the industry is looking for something new. That’s just, you know, I’ve seen it happen time and time and time again. It happened to me.”

He added: “After the reign on the tip-top, you have to find your place. Don’t fall all the way to the bottom. Find your place near the top, keep doing music, keep growing your fanbase. So, that was the theory. It wasn’t about Drake.”

Drake appeared to address Ice Cube’s comments on his Scorpion song “8 out of 10,” rapping: “I been on top for three sets of three years.”

Drizzy isn’t the only one with fond memories of that 2006 Toronto show. One fan who worked the concert reminisced on Cube hooking him up with a signed copy of a Friday DVD after the show.

“Worked this show,” the fan wrote in the comments of the original post. “Spent the day with Cube and his team. He was super intimidating for like, a second. Then the nicest guy and great tour manager.

“At the end of the night, I had him sign my #DeathCertificate vinyl, but mentioned to his manager I wished I had also brought my Friday DVD. Manager took down my info and a few weeks later, I opened the mail and found an autographed DVD from Cube. The best!!”