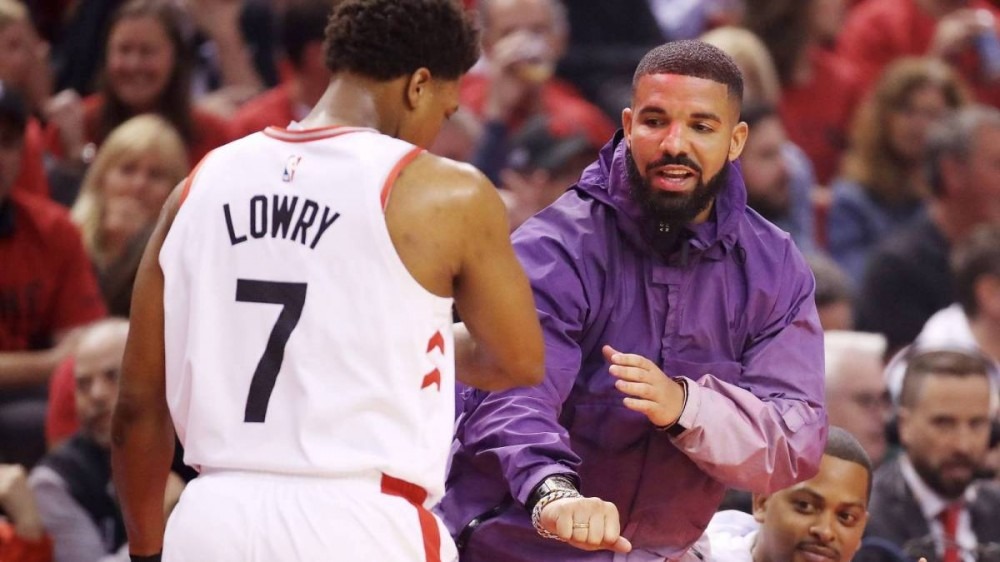 Drake must have heard all the comments about his mediocre one-on-one game with Tory Lanez last month. On Monday (October 18), viral basketball sensation K Showtime uploaded a video of his recent link-up with the 6 God at the OVO court in the superstar rapper’s Toronto mansion, and Drake has improved his game.

Clips from the 20-minute YouTube video show Drake and K Showtime playing an intense two-on-two game with a pair of friends. Drizzy was on a mission showing some lock-down defense and hitting jump shots from the three-point line. However, there were some issues he ran into, such as poor calls and the ball allegedly being switched out.

At one point, Drake got so fed up he actually said “Jeez Louise” after taking a hard foul on his shooting arm. The moment was pretty funny, especially considering there’s a meme floating around suggesting Drake’s the type of guy to use the phrase whenever something goes awry.

“Drake the type of guy to say ‘Jeez Louise,’” Drake said as he walked to the top of the key, letting people know he’s always aware of the memes about him.

Drake’s hilarious determination to perform and win the game didn’t stop there, though. The Certified Lover Boy argued a call earlier in the clip preventing him from taking an open three-point shot.

“I had the ball ready to shoot a three,” said Drake. “Are you guys out of your mind? Play the camera back. I was about to wet you guys up.”

It’ll be fun to see where Drake takes his basketball talents next. He already played YK Osiris and Tory Lanez in a few games, and he was even spotted practicing with NBA shooting coach Chris Matthews. Maybe he’ll take on Lil Durk next who recently received praise from Kevin Durant over his elite NBA-level talent.

Check out the full two-on-two pick-up game between Drake, K Showtime and friends below.