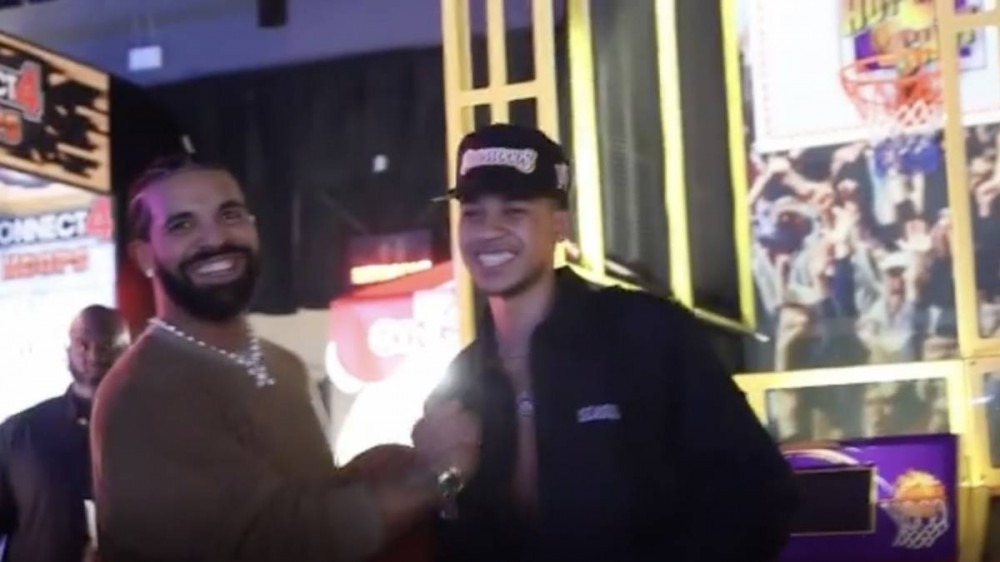 Drake’s love affair with Houston and Houston culture has brought him into many different worlds, namely the one of J Prince and his Rap-A-Lot Records imprint. It’s also inspired plenty of hungry Houston artists to try and pull off one of the rarest feats in a burgeoning career: land the fabled Drake stimulus package, which helped artists like Migos, Blocboy JB and more emerge on the national stage.

Mosa, who has already locked in over 17,500 monthly plays on Spotify and a remix of his single “Clementine” with Kaash Paige, recently caught up with Drake and offered him a simple wager. If Drizzy couldn’t beat him in a pop-a-shot contest, Mosa would get his long-sought-after feature.

Of course, Drake made sure his jumper wasn’t only a thing in his OVO Rec league, knocking down numerous shots to Mosa’s surprise.

“@champagnepapi said if I win I can get that feature,” Mosa captioned a video showcasing Drake’s shooting exploits on April 5. “That boy turned to Steph Curry he’s really a shooter.”

Mosa has been pining for a collab from the 6 God for well over a year. The rising rapper shared a photo between him and Drake in March 2021 and then reshared it in October 2021, hoping to be one of the few Houston artists besides Travis Scott to be blessed with an eight or sixteen bar verse.

“Still waiting on the most anticipated collab since bread and butter @champagnepapi,” Mosa wrote. “one day Ima earn dat!”

Mosa may not have had his best night against Drake regarding basketball, but one notable hooper says Drizzy should never try him for a rematch. NBA champion and former Toronto Raptor Kyle Lowry explained to Complex how in a game of 1-on-1 between the two, he reminded Drizzy why he was an all-time Raptor great and NBA point guard.

“Yeah, I beat his ass,” Lowry said. “Yeah, no chance. Drake, don’t try me again, boy. As a competitor, you got to appreciate it. But yeah, he don’t want that smoke.