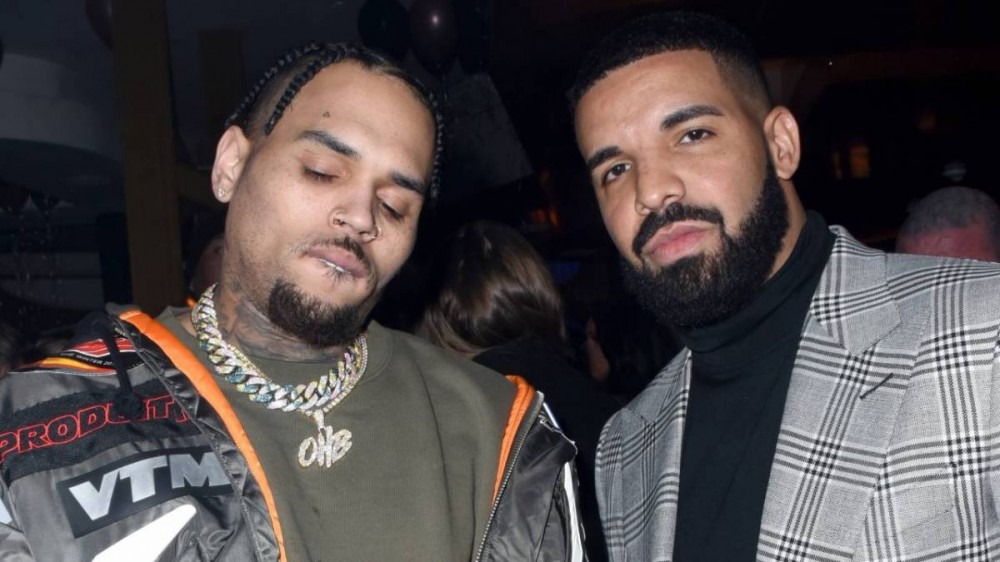 Los Angeles, CA – Drake took to Instagram on Thursday (April 22) to share a photo of him linking up with Chris Brown once again.

The pair teamed up at rooftop lounge, bar and grill The Highlight Room in Hollywood, Los Angeles, with Drizzy posting the moment with a palm tree emoji in the caption. It seems they’re still keeping in touch following their last collaboration “Not You Too” from Dark Lane Demo Tapes, with their hit “No Guidance” peaking at No. 5 on the Billboard Hot 100 chart in June 2019.

The photo understandably caused excitement from fans on Twitter, between anticipation for a potential joint album and generally showing appreciation for them as a duo.

“I’m actually pretty open to Drake and Chris Brown collab album,” a fan wrote. “Have y’all not heard No Guidance?????”

Another speculated, “My OVO sources are telling me Drake and Chris brown got a collab project coming this year when outside opens.”

In November 2020, Chris Brown revealed he’d recorded multiple songs with Drake and kept the possibility of a collaborative project alive.

“Will there ever be a Drake/Chris Brown album?” … Like, a ‘Best of Both Worlds’?” Fat Joe asked on his Instagram Live show, to which Brown replied, “Yea. We got some songs. We definitely got some songs.”

Drake previously spoke about his relationship with Chris Brown during a December 2019 interview with Rap Radar, in which he referenced their connections to Rihanna.

“We’ve come together before and tried to link and make music and I think we were always kind of forcing it,” he said. “I think there was always resentment on both sides. You know, really at the end of the day when you kind of step away from it and break it down you start to feel silly ’cause it’s over girl stuff, you know? But obviously, that can snowball into real sh–t and that’s what happened in this situation.”

He added, “I think we just both grew up to the point that that person that was in the middle of us is like, no longer a part of either of our lives currently and I have the utmost love and respect for her. I think of her as family more than anything.”

Revisit Drake and Chris Brown’s “No Guidance” video below.