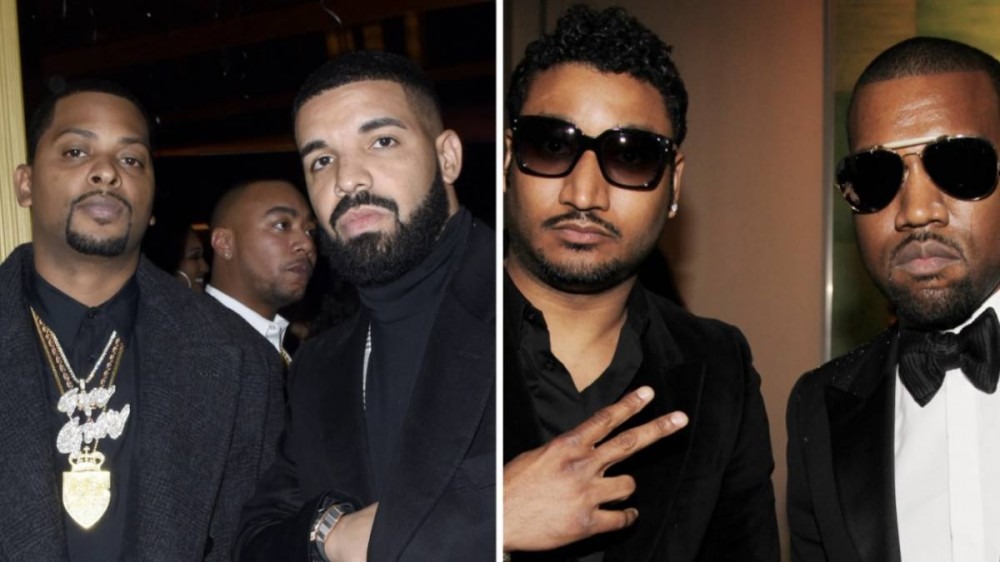 Just when fans thought the Drake and Kanye West beef seemed to have finally ended after Karen Civil revealed they were friends again, people are getting dragged back in after a few Instagram comments may say otherwise.

Last week, an exclusive image of Drake’s upcoming Nike Hot Step Air Terra NOCTA sneaker was posted on hidden.ny’s Instagram page. Fans were excited to get another look at the pair of sneakers, but Kanye West’s close friend, Don C, had something to say about all the rumblings.

Drake’s right-hand man and head of security Chubbs caught wind of the comment and left one of his own.

“See us outside,” Chubbs wrote with the middle finger emoji for added detail.

Drake didn’t want Chubbs to have all the fun for himself and dove into the comment section too. Instead of words, Drake relied on the laughing and blind man emojis to give his take on the whole matter. Fans quickly chose a side in the alleged beef between the rappers’ best friends, leaving their own words under Don C and Chubb’s comments.

Both Drake and Kanye West are releasing albums this year, and many people think they’re going to compete with each other and drop the same day. Several times, the rappers pushed back their respective albums, Donda and Certified Lover Boy, leading fans to believe this repaired friendship is still strained.

Drake still doesn’t have a date set for Certified Lover Boy, but he did say the album is complete. On the other hand, Donda is slated to arrive on August 15, but fans aren’t holding their breath.