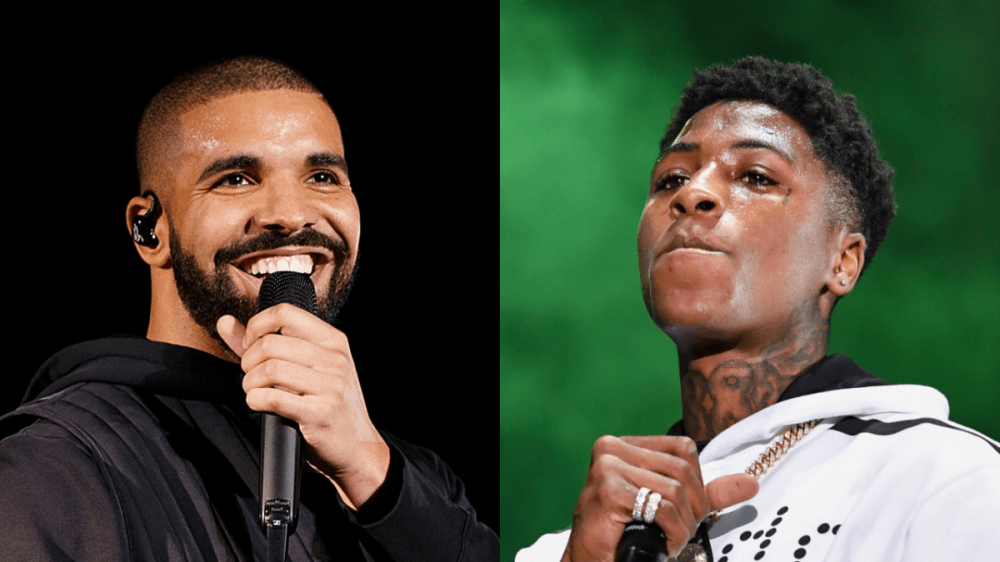 Hip Hop has reigned supreme as the most popular genre of music in the United States since 2017 — and it doesn’t look like that’s changing anytime soon. On Thursday (March 10), Chart Data revealed the list of the top 10 most-streamed artists in the U.S. in 2022 so far, and seven of them are rappers.

The commercial juggernaut that is Drake leads the race with a staggering 1.4 billion streams accumulated across all platforms in the first 10 weeks of the year.

Making the feat even more impressive is the fact he hasn’t even released any music this year. Most of that figure likely stems from his blockbuster 2021 album Certified Lover Boy, which smashed numerous Spotify and Apple Music streaming records upon its release in September.

The project has since surpassed two billion streams on Spotify alone on its way to double platinum status.

Hot on Drake’s heels is one of Hip Hop’s biggest young stars, NBA YoungBoy, who has racked up 1.3 billion streams. The 22-year-old Baton Rouge native has released two projects this year already: the January mixtape Colors, followed by the full-length DaBaby collaboration, Better Than You, which dropped in March.

While Drake dominates Spotify and Apple Music, YoungBoy has solidified himself as a YouTube sensation, amassing billions of streams on the platform in recent years. Between his feud with Lil Durk and Utah house arrest stemming from a federal weapons case, controversy may have also fueled his huge streaming figures.

Elsewhere in the top 10, the late Juice WRLD ranks at No. 5 with 1.1 billion streams, Kanye West sits in sixth place with 840 million streams — powered by his pair of DONDA albums and jeen-yuhs Netflix documentary — and Eminem comes in at No. 7 with 710 million streams, helped by his Super Bowl halftime show performance.

Bolstered by his top 5-charting “Super Gremlin” single and Back For Everything album, Kodak Black‘s 660 million streams put him at No. 8 on the list, tied with SoulFly rapper/crooner Rod Wave.

Taylor Swift, The Weeknd and Morgan Wallen round out the top 10 — and at least two of those names owe some of their success to Hip Hop (The Weeknd with his Lil Wayne and Tyler, The Creator-assisted Dawn FM album; Morgan Wallen with his cameo on Lil Durk‘s “Broadway Girls.”)

Streaming isn’t the only arena where Hip Hop is flexing its muscle. Earlier this week, Eminem officially became the most decorated artist in Recording Industry Association of America (RIAA) history after earning over 60 new gold and platinum plaques in one day.