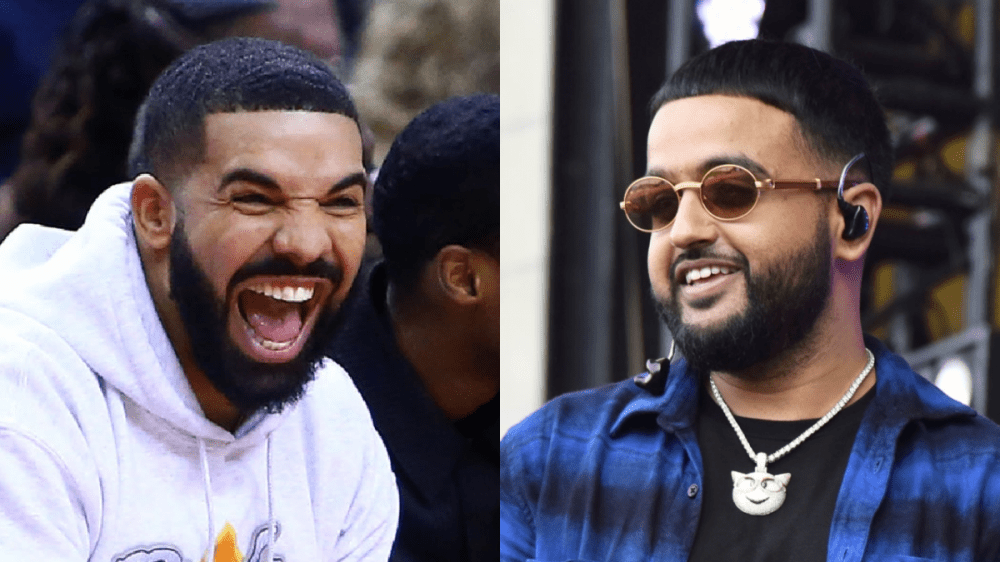 Toronto, Canada – Drake has been known to troll from time to time. Whether it’s Joe Budden, NFL fans or the entire Philadelphia 76ers team, Mr. Certified Lover Boy has a knack for getting a reaction out of people.

The latest target of Drake’s trolling talents was fellow Canadian rapper (and lookalike) NAV. On Monday (September 20), the 6 God posted a photo to his Instagram Story of the XO signee along with the hilarious caption, “I look good AF right here… good morning world.”

Drake’s post seems to have been prompted by a video of a Drizzy doppelgänger (who even had a CLB heart shaved into his hair) that went viral on social media last weekend.

Drake’s post sparked a brief yet hilarious back-and-forth between the Canadian duo as NAV responded with an Instagram Story of his own on Monday night. The Good Intentions rapper ran with the lookalike joke and shared an edited photo of Drake’s Take Care album cover with his head on Drake’s body.

Drake and NAV’s Instagram exchange lead some fans to believe a full-fledged collaboration is on the cards, a prospect that sparked excitement on social media. “I need a Nav and Drake collab so bad man PLEASE,” one fan tweeted, while another wrote, “i hope this mean we getting Brown Boy x Certified Lover Boy on NAV next album fr.”

Although NAV co-produced Drake’s 2015 Meek Mill diss track “Back to Back,” the Toronto natives have yet to appear on a song together — despite both hailing from the same city, working with many of the same producers (such as Metro Boomin, Wheezy and WondaGurl) and sharing a mutual friend in The Weeknd.

NAV has made no secret of his admiration for Drake, telling Variety in 2019, “He really kicked down the door for us,” he said. “He started everything. There’s always gonna be appreciation for what he’s done for us. It made shit feel like it’s possible.”

NAV isn’t the only Toronto rapper Drake went one-on-one with on Monday. A video of the 6 God shooting hoops with Tory Lanez made the rounds on social media — but don’t expect to see either of them lacing up for the Toronto Raptors anytime soon.