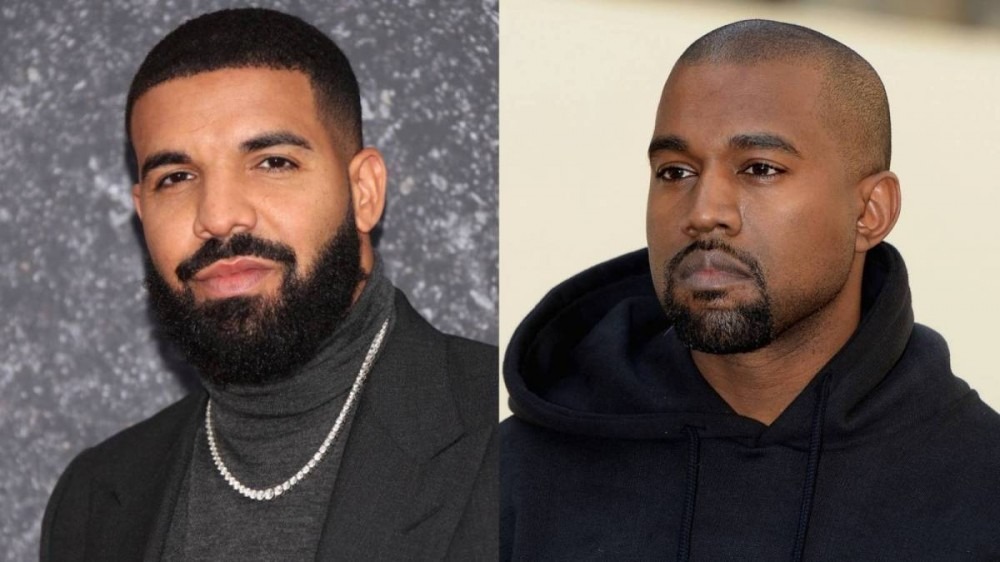 Drake and Kanye West recently squashed their beef but that hasn’t stopped Drizzy throwing a playful jab at Ye during this week’s Nike Maxim Awards.

On Thursday (September 8), the Toronto superstar took to the stage at Nike’s campus in Beaverton, Oregon to host the shoe company’s annual event as part of its Just Do It Day, where celebrities and athletes affiliated with the brand stop by for a day filled with events, activations and more.

During his onstage monologue at Nike HQ, Drake made light of Ye’s recent dispute with adidas, which started when West accused the sports company of stealing his designs and later set his sights on several members of the company.

In a clip from the awards, Drake says his longstanding partnership with Nike is “really truly an honor,” before bringing up its rival. “And when you put things into perspective, you know, adidas has Kanye — I think,” at which point the crowd bursts into laughter.

Drizzy then pays homage to some of Nike’s greatest advocates including the late Virgil Abloh. “At Nike we have Lebron James, Kevin Durant, Giannis [Antetokounmpo], Michael Jordan; the greatest creative mind of all time, Virgil Abloh. Rest in peace,” he says.

You can check out the clip below:

Drake’s comments come after Kanye West said last week that he believed his fleeting war with adidas had come to a victorious end.

On Monday night (September 5), shortly after Swizz Beatz called for an adidas boycott, Ye shared a pair of Instagram posts that indicated his battle with the sports apparel giant was over — at least for now.

In a follow-up post, Kanye West shared a note that read: “Dear Ye, Your legal team recommends that we refrain from posting anything on Gap for another 10 days.” He added in the caption: “10 days.”

Elsewhere during the Nike Maxim Awards, Drizzy welcomed Travis Scott to the stage to close out the special event.

La Flame arrived on stage to perform a medley of songs including “MAFIA,” “ANTIDOTE,” “GOOSEBUMPS” and Southside’s “Hold That Heat.” However, when Travis performed “SICKO MODE,” Drake did not appear on stage, opting to let the Houston native handle his own.