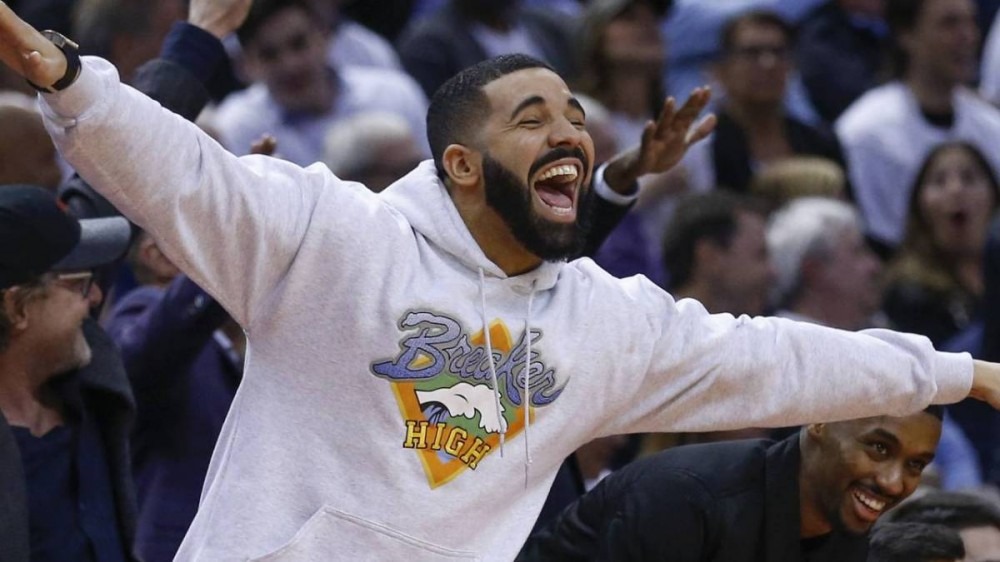 On Nicki Minaj’s “Seeing Green,” Drake told listeners, “Wanna see my n-ggas ball so bad, I started up a league” — and that league is doing pretty well.

Over the weekend, the 6 God’s Sanctuary Basketball League (SBL) held its championship game, and the rapper’s team, NTIG, made it to the final round. Based on footage shared on social media, Drake hit the game-winning shot to clinch the title.

In the video, fans can see Drake dribbling the ball before he attempts a drive to the basket. Drizzy pulled his dribble back at the last second, sending his defender in the opposite direction that set the Certified Lover Boy up to make an off-the-glass jumper.

During the post-game conference, Drake, OVO Niko and OVO Chubbs celebrated their win with custom-made gold WWE championship belts. Being the showman that he is, Aubrey thanked everyone that helped his team get to the promised land again while showing off his new hardware.

This is the second time Drake’s team has won the SBL championship. Last year, NTIG made it to the final round and won — but instead of championship belts, the OVO captain had diamond rings made for himself and his teammates as they poured out champagne and celebrated with massive loads of confetti.

Famous jeweler Jason of Beverly Hills designed and manufactured each ring that came with 20-karat diamonds. The value of the rings was over $50,000 each. It’s unclear if Drake is going to have rings made for his team this year, but signs are pointing to it as Chubbs said he’s waiting for the actual hardware.