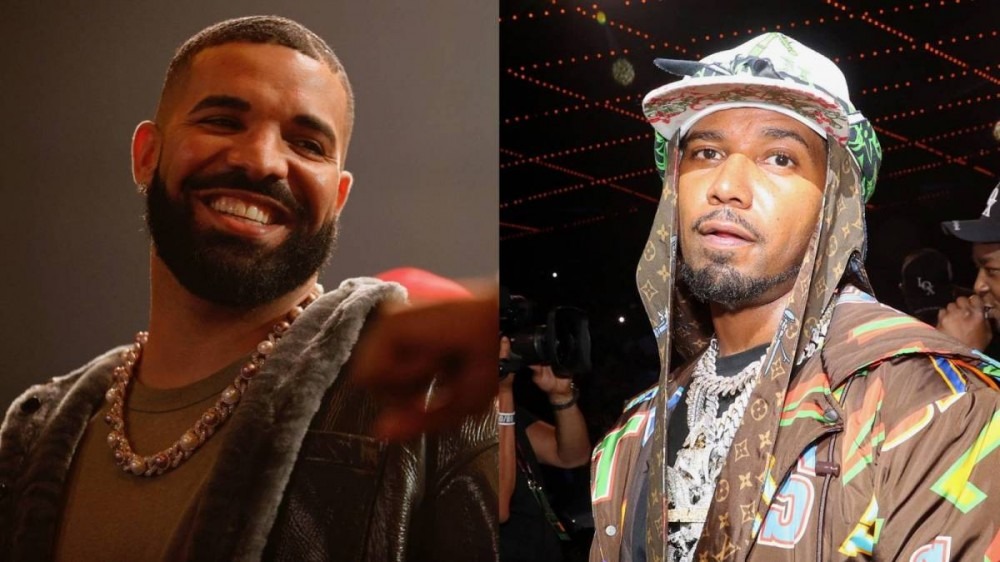 Drake turned plenty of heads this week after he debuted a new face tattoo, and it now looks as if Juelz Santana wants to follow in Drizzy’s footsteps.

Santana took to Instagram on Friday (August 12) to post a photo of him covering his mouth with the logo for his I Can’t Feel My face company drawn in ink on his forehead. Whether the drawing turned into a legit tattoo is unclear at this point.

Drake could only manage to respond with a series of crying laughing emojis in the comment section while Santana’s wife Kimbella urged him not to go through with it.

After getting a portrait of Academy Award-winning actor Denzel Washington portraying his 1990 film character Bleek Gilliam from Mo’ Better Blues inked on his back in 2017, Washington could only offer a simple response when asked by Jimmy Fallon.

“I heard about this,” Washington said. “That’s crazy.”

Drake debuted the tattoo of his mother Sandra Gale’s initials days after his father’s 2017 tattoo — a portrait of the rapper and OVO leader’s face on his shoulder — resurfaced online.

Instead of having gratitude towards the gesture, Drake laughed at the art and sarcastically wondered how close the two really were.

“@therealdennisg I was just sitting here thinking why you do me like this we family,” Drizzy captioned the post, capping it with a few laughing emojis to boot.

In other Drake news, Nicki Minaj has claimed that the Toronto rapper is hiding his status as a billionaire.

In a video posted to her Instagram Stories on Tuesday (August 9), Nicki alluded to the OVO Sound hitmaker secretly being worth 10 figures while boarding a private jet.

“This is what happens when you got a rich — I’m sorry, a very rich, rich, rich, rich — Canadian friend… who is the only billionaire that I know that don’t want people to know he a billionaire,” she said in the clip.