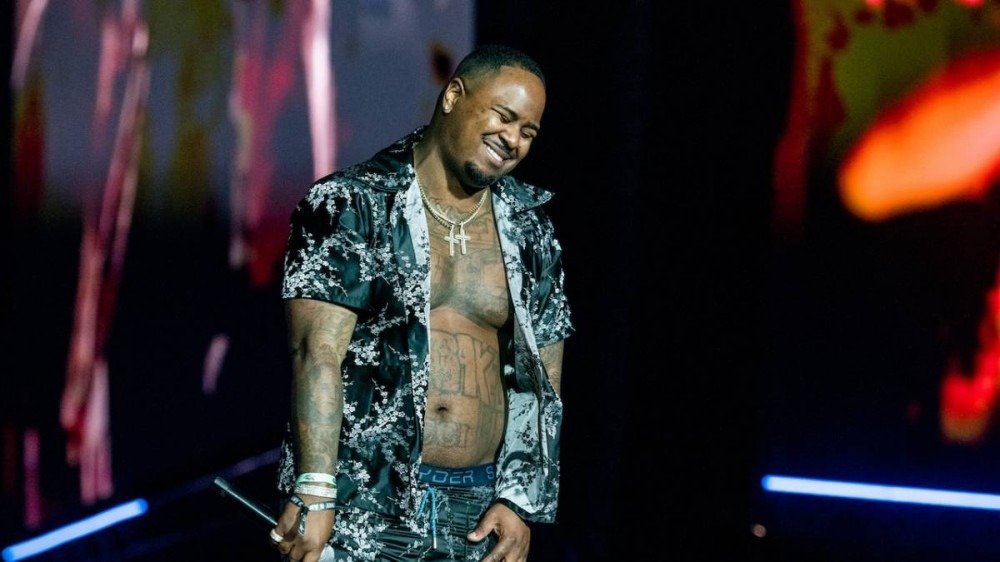 The West Coast rap community suffered another massive blow on Sunday (December 19) when Drakeo The Ruler, one of Los Angeles’ more unique voices and a Hip Hop trendsetter, died after a stabbing at the Once Upon A Time In L.A. festival.

Drake, who collaborated with Drakeo The Ruler on the hit single, “Talk To Me,” took to Instagram to mourn the rapper.

“Nah man this shit isn’t right for real wtf are we doing?” Drake questioned in his Instagram Stories. “always picked up my energy with your spirit RIP Drakeo.”

Noted producer Kenny Beats posted “RIP DRAKEO” on Twitter before further elaborating why there need be no room for clout chasers after someone passes away.

“R.I.P. Drakeo the ruler prayers up for the family,” he wrote.

Rolling Loud also offered condolences as Drakeo recently performed at the Los Angeles edition of the festival on December 12, less than a week before his passing.

Drakeo’s brief but spectacular rise in Los Angeles was well documented. He released a string of mixtapes in 2020 after being released from prison, having escaped a life sentence on two separate occasions. He routinely referred to himself as the best rapper in California

“I AM THE BEST RAPPER ALIVE TO EVER COME OUT OF CALIFORNIA AND ITS NOT UP FOR DEBATE !!!” Drakeo declared in all caps in March. “FUCC WHOEVER FEEL SOME TYPE OF WAY. I DONT CARE WHO YOU BRING UP OG RAPPER NEW SCHOOL RAPPER YOU CANT NAME ONE RAPPER THATS MORE INFLUENTIAL THAN ME IN CALIFORNIA NAME ONE RAPPER WHO HAS AS MANY N-GGAS IMITATE THEM THAN ME !!!!!!!! …… ILL WAIT.”

Witnesses at the scene claim Drakeo attempted to break up a fight between two individuals backstage when he was allegedly stabbed in the neck. Paramedics rushed him to a nearby hospital where he died.

Trippie Redd, Saweetie and JPEGMAFIA are among the many paying tribute on social media. Check some of them out below.

RIP Drakeo, the greatest West Coast artist of a generation, a legend who invented a new rap language of slippery cadences, nervous rhythms, and psychedelic slang, who beat life twice only to suffer the most tragic fate conceivable. The Ruler, once, always, and forever. 💔 pic.twitter.com/WKKjMV9PML

Drakeo was killed while working. Was there for a performance. All these get out the streets tweets/leave your city tweets. Shut the fuck up. No reason why a knife should be able to be snuck into a music festival. Especially since the Travis Scott shit. Rip Drakeo hope his fam sue

Never forget when Drakeo was locked up, Nipsey was the only rapper to offer to pay his bail.

after beating two life sentences, it felt like Drakeo could survive anything. can’t even wrap my mind around this. Long Live The Ruler

Black loss seems to be a never-ending cycle, man. And it comes in all forms. To say it’s exhausting is an understatement. And as much as we try to push on and cope, the more loss comes our way.

Man, it’s crazy to continually wake up to tragic news of artists dying.

RIP Drakeo, pushed the needle for the whole sound on the West Coast. Gone too soon.

RIP to Drakeo The Ruler, I remember reading about how he beat the system multiple times even when they attempted to use his song lyrics against him. He constantly beat the odds. This is heartbreaking, no one deserves to be killed while doing what they love.