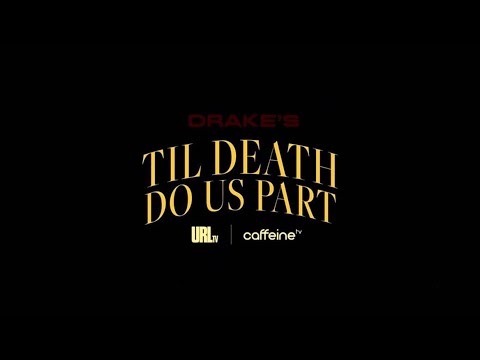 Drake is continuing his birthday celebrations alongside Ultimate Rap League for the “Drake’s Til Death Do Us Part” rap battle event. The event is the biggest card in rap battle history.

The event will be live-streamed to fans on the Caffeine TV live streaming platform. The mega-event will be hosted by Drake to celebrate his birthday and URL’s 12th Anniversary on Saturday, October 30, 2021. The event will pair the most talented artists from across generations to go head to head in the super event.

Drake detailed why he put the battle together in the promo video for the event.

Troy “Smack White” Mitchell, CEO and co-creator of URL, co-signed the card picks saying, “Drake isn’t just a casual battle rap fan and has been a supporter behind the URL movement for years. Over the last 20 months, he’s helped our brand grow by facilitating our partnership with Caffeine, which allows us to stream our premium content for free to our fanbase.”

“Drake’s Til Death Do Us Part is not just a birthday celebration for our friend,” Smack shares. “It is a shifting of the culture and is going to be the biggest event ever witnessed in battle rap history, bigger even than Summer Madness 2.”

In 2020, Drake inked an exclusive deal between the Ultimate Rap League and Caffeine, which was followed by 14 million views, over 100 minutes of watch time per man event and regularly trending on top of Twitter alongside UFC, NBA, MLB, and NFL. Drake’s Til Death Do Us Part airs live on URL’s Caffeine channel, caf.tv/urltv, on Saturday, October 30th at 6 p.m. EDT / 3 p.m. PDT and will stream exclusively on URL’s App