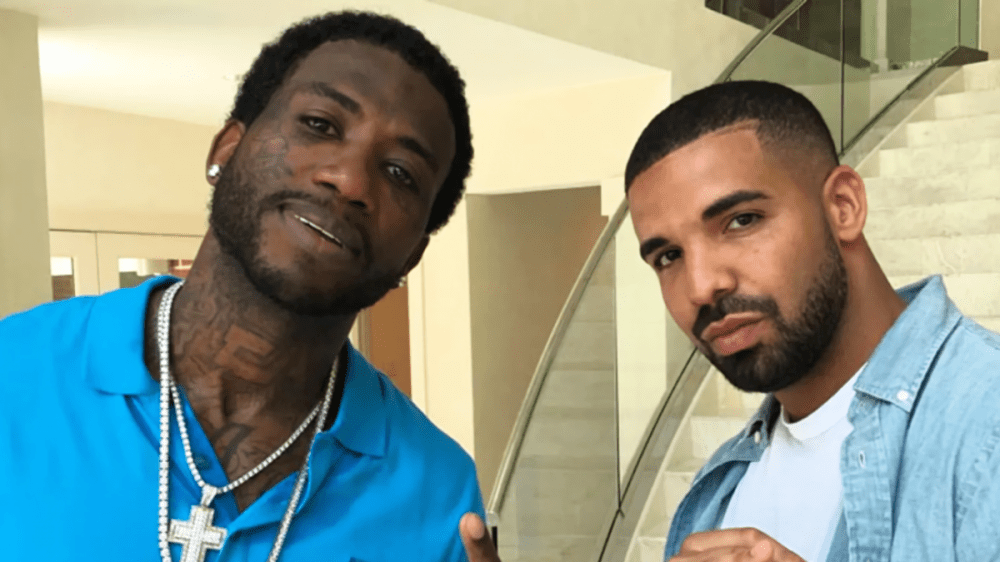 Drake and Gucci Mane’s joint mixtape was “close” to happening, according to DJ Drama.

The Gangsta Grillz honcho shed light on the rumored project during a recent appearance on Math Hoffa’s My Expert Opinion podcast, explaining he was responsible for connecting Guwop and Drizzy in the first place.

“We almost did a Gucci and Drake tape,” he said at the 3:20 mark. “[Gucci] had just came home and I put them on the phone. They talked about doing a tape together.

“There’s like three records on the Cold War series that are, like, Gucci and Drake records that were for that project. The tape never happened, but it was close.”

The songs Drama was referencing are “Street Cred” and “In My Business,” which both appeared on Gucci’s 2009 mixtape The Cold War: Part 1 (Guccimerica).

The duo reunited five years later on the Everybody Looking track “Back On Road,” which celebrated Guwop’s release from prison, followed by “Both” from The Return of East Atlanta Santa.

Plans of a Gucci Mane and Drake project first surfaced in 2016 when producer Zaytoven announced they were working on an EP together.

“It’s in the works right now,” he told Pigeons & Planes. “When Drake came over to the house to shoot a video, him and Gucci got to talking about making something.

“It will be a small EP. I think it might be called 6’ers, you know, because Gucci is from Zone 6 and Drake is from Toronto, the 6. It’s definitely happening.”

In an interview with Hot 97’s Funkmaster Flex later that year, Gucci admitted he and Drake were finding it difficult to line up their schedules to complete the project.

“We mentioned that we was going to do a mixtape together,” he said. “But he was on tour. And I was on house arrest. So, I like working with Drake. I feel like he’s super dope. And I’m the truth, so it’ll be a great thing to do.

“But at the same time, we still gotta find time to do it…Eventually, it should come out. But if not, we damn sure got Woptober coming 10/17.”

Despite the tape never materializing, Gucci Mane has no shortage of collaborations in his catalog. He’s teamed up with the likes of Future, Young Thug, Lil Uzi Vert, Migos and Chief Keef for joint projects over the last decade, while helming several releases from his 1017 label.

Drake, meanwhile, has just one joint project to his name: 2015’s What a Time to Be Alive with Future, which debuted at No. 1 on the Billboard 200 and has since been certified platinum.