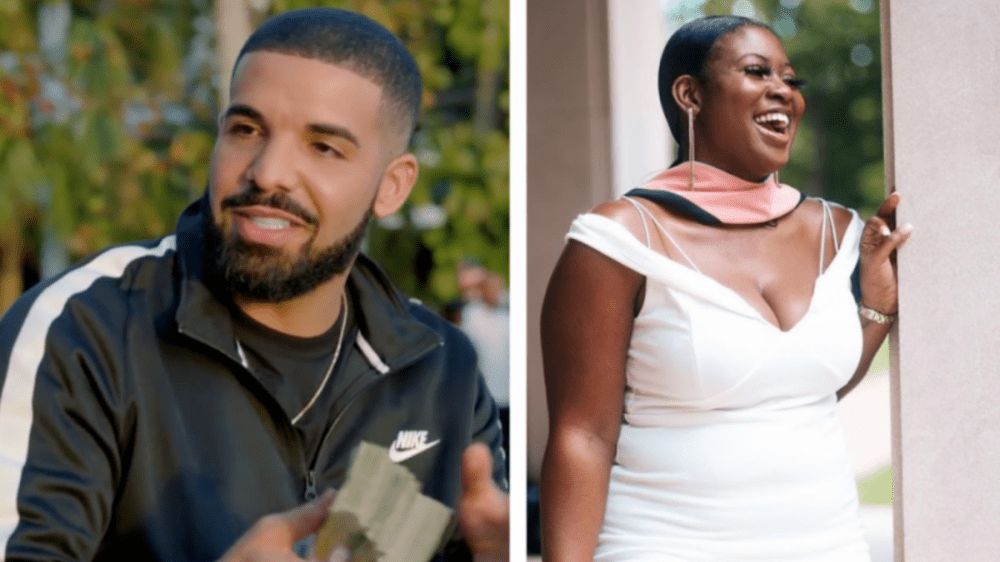 Chapel Hill, NC – Drake famously gave away almost $1 million in his 2018 music video for “God’s Plan,” and his generosity has had long-lasting effects on the community. Just over three years later, a woman named Destiny James is graduating from the UNC Gillings School of Global Public Health with the help of a $50,000 check she personally received from Drizzy.

“Public health has been a passion of mine since 2016 when my dad passed from stage 4 lung cancer,” she told The Shade Room. “Obtaining this degree is something I will always be proud of! The obstacles I was able to overcome fueled my fire and I am so proud to say I am now a graduate of the #1 ranked public school for public health in the country.”

In the first couple of minutes of the “God’s Plan” video, Destiny James can be seen sitting outside before being surprised by Drake and embraced with a hug. Drizzy then stands alongside her holding a $50K check, followed by an overwhelmed reaction from James.

Often referred to as “the girl from the Drake video,” Destiny James spoke to the University of Miami in 2019 about growing up in Denmark, South Carolina.

“Where I’m from a lot of people don’t make it out,” she said. “There’s not a lot of role models where I’m from. When I see them watching the video, I see so much light in their eyes. That’s such a good feeling.”

Speaking on the clean water crisis in her hometown, James added, “That’s what’s pushing me. I’m meant to be doing this work. Everything I went through was so worth it. Thanks to Drake, I’m probably stressing about classes and work, but I’m not stressing about tuition. I’m here to tell future ’Canes to not be afraid of change and trust the process.”

Following the 2018 donation, Destiny James took to Instagram to explain why Drake had chosen to give her the money and how appreciative she was of the gift.

“This happened today,” she wrote at the time. “I applied to scholarships last year for which I had to write an essay. I received those scholarships and thought that was the end of it. Apparently, my essay and my story made it to other departments. I was contacted this weekend about doing a video speaking about where I come from, things I’ve been through, and why it is so important for scholarship donors to continue to donate. This was the surprise the whole time. Drake told me that he has read great things about me and appreciates how hard I’ve worked through so many trials and decided to give me $50K for my tuition.”

She continued, “@champagnepapi THANK YOU SO MUCH!! You don’t understand what this means to me! I would’ve never imagined this happening to me. I’m just a girl from Denmark, SC that wants to MAKE IT and be somebody and for you to see my hard work means the world. Thank you so much. God I thank you. You are so great and amazing! Thank you for blessing me when I thought my hard work was going unnoticed. I’m living out my dreams. God’s Plan.”