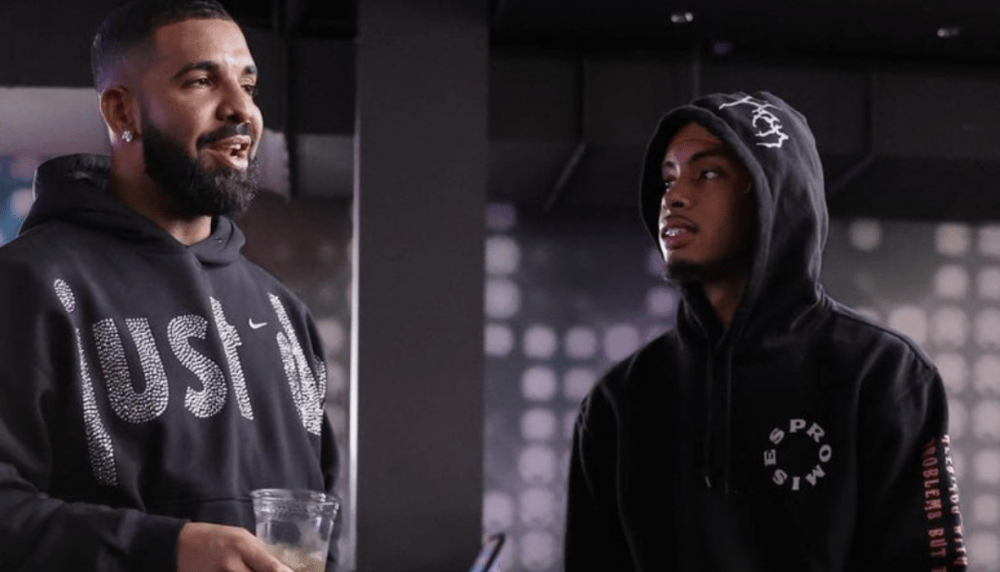 Drake nearly broke the internet when his cover was blown after he was spotted having dinner at Dodger Stadium with Johanna Edelburg. Edelburg is the mother of highly touted high school basketball player Amari Bailey, who received some jewelry courtesy of the 6 God.

The Sierra Canyon star took to his Instagram Story on Thursday night (August 12) to show off an icy chain he got that looks to be a gift from Drizzy. The chain features a glistening No. 10 pendant, which is, of course, the number he rocks on the basketball court.

Amari Bailey was named California’s Mr. Basketball in July and will be on his way to suit up for the UCLA Bruins next year. He’s currently ranked No. 3 on ESPN’s top 100 for the class of 2022

Bailey is teammates with LeBron James Jr. on Sierra Canyon High School’s basketball team. Drake is tight with LeBron James and began popping up at games, and that’s where the connection to Edelburg may have stemmed from.

Drake ended up on the teen sensation’s Instagram feed in June after Bailey posted the two hanging out at a local arcade. That was also around the time rumors began to explode once footage made the rounds online of Drake sitting next to Johanna Edelburg at one of Bailey’s games.

Check out the chain below.