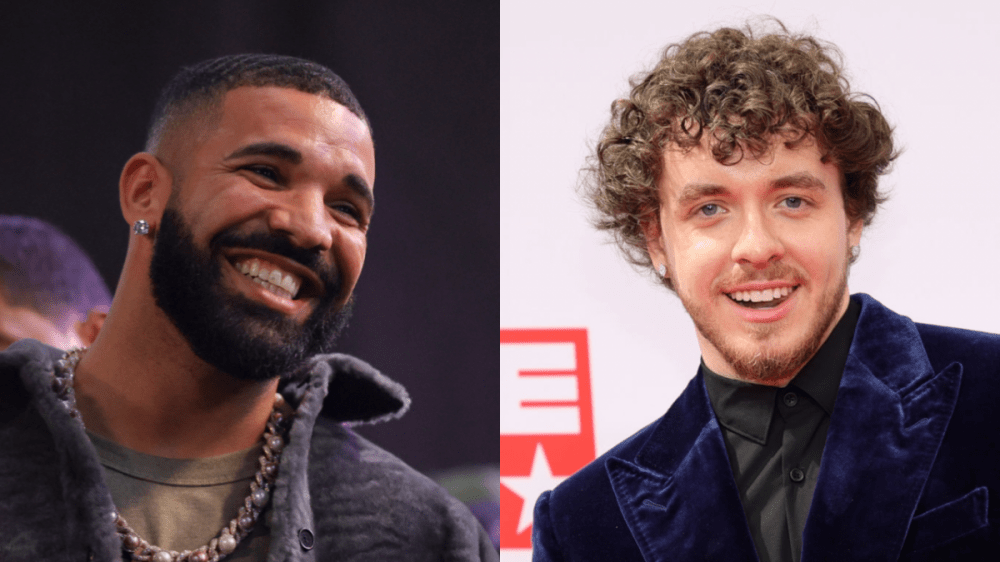 Toronto, ON – Jack Harlow enjoyed a career-affirming moment earlier this week when Drake pulled up to his concert in Toronto. The “WHATS POPPIN” rapper stopped his show to salute the Toronto legend, who he called his “idol.” But the bromance didn’t end there.

On Thursday (November 18), Jack Harlow popped up in Drake‘s Instagram Story as he earned an invitation to the 6 God’s Toronto mansion. The Louisville, Kentucky native smiled from ear to ear as he leaned across Drizzy’s marble kitchen counter top.

It wasn’t long before fans flooded social media with hilarious reactions to Drake’s Instagram Story, with many people poking fun at Jack Harlow for looking like an adult version of Drizzy’s four-year-old son Adonis.

“OMG ADONIS IS GROWING UP SO FAST?????,” one fan wrote in a viral tweet, while another joked, “Why Jack Harlow look like Drake older son lmaooo.”

Another person added a bit of fantasy to the mix by pondering, “What if Jack Harlow is Adonis from the future who time travelled back?”

This isn’t the first time people have poked fun at Jack Harlow’s resemblance to Adonis. It’s been a running joke on social media for some time now, and thanks to Drake‘s Instagram Story, the jokes probably are unlikely to go away anytime soon.

Jack Harlow isn’t letting the jokes stop him from smiling, though. On Thursday, he took to his own Instagram Story to share a video of him and a friend bowling at Drake’s mansion to the soundtrack of Drake and Future’s “Live From the Gutter” (get it?).

During his aforementioned show in Toronto on Tuesday night (November 16), the Private Garden captain explained how important it was to have Drake attend his concert.

“Tonight was a dream come true to me for more than one reason,” Harlow told the sold-out crowd. “First off, you sold this b*tch out. Second, I was halfway through my performance and I seen my idol looking at me, man. Toronto, make some noise for the GOAT one time!”

Check out more Twitter jokes about Jack Harlow below.

I’m really in stitches— Jack Harlow actually does look like Adonis all grown up pic.twitter.com/npjiYfi6la