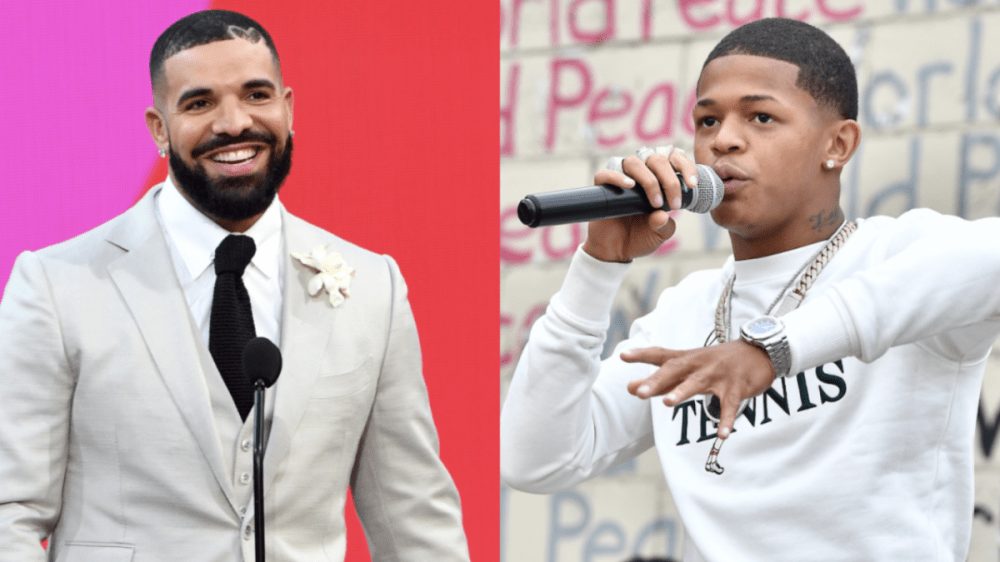 Toronto, Canada – YK Osiris is the friend that owes everyone money. During his time hanging out at Drake’s Toronto estate earlier this week, Drizzy came up with an idea to have the Def Jam artist clear the $60,000 debt he has with him free of charge.

Drake hilariously puts on YK Osiris’ “Worth It” and tells him if he performs it right there in front of him, that his debt will be gone and he’ll owe the 6 God nothing.

Osiris eventually obliges and puts his all into the performance belting out his vocals with the track booming through Drizzy’s mansion speakers which causes Drake and the few others around to nearly die of laughter. Both sides looked to be happy with the petty deal in the end.

The 23-year-old seems to be having the time of his life with staying with Drake. Multiple social media clips have surfaced of YK Osiris touring Drizzy’s trophy room, using Drake’s Bluetooth toilet and even getting behind the piano and exercising his vocal cords.

The clip must’ve been recorded earlier this week because Drake was spotted courtside in Oklahoma City on Wednesday night (December 1) taking in the Thunder and Houston Rockets match-up to see his fellow Toronto native Shai Gilgeous-Alexander in action.

text you but I know you probably courtside pic.twitter.com/7u5hZFnSlM

Drake isn’t the only person YK Osiris owed money to. After seeing him flaunting $325,000 earrings, Lil Baby caught YK Osiris at Icebox jewelry store in Atlanta and pressed him about the $5,000 he still hasn’t paid back.

“Osiris, let me get them five bands, bruh,” he said. “I know that rap shit go up and down. If you fucked up right now, don’t worry about it. I’ll get it from you … I’ll wait on your next hit!”