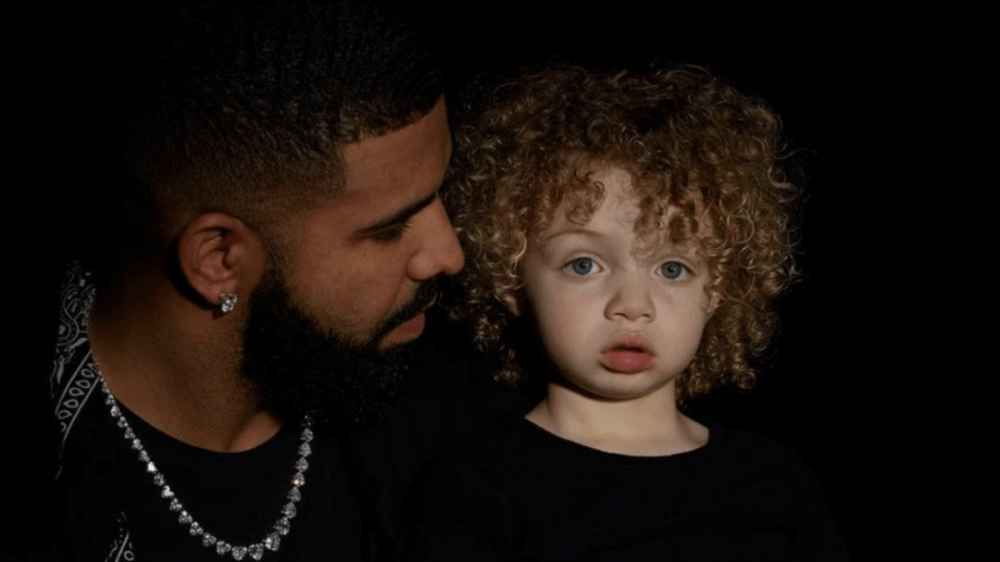 The world learned Drake was a father when Pusha T dropped the brutal diss track “The Story Of Adidon” in 2018. Up until then, none of his fans were aware he’d fathered a son named Adonis with former adult film actress and artist Sophie Brussaux.

As Drake faced accusations of being a “deadbeat dad,” he ultimately started bringing Adonis into the spotlight more often. Most recently, he brought the curly, blonde 3-year-old to the 2021 Billboard Awards to accept his Artist of the Decade honor.

But the internet being the internet, the unassuming child faced an onslaught of criticism last week when Drake shared a photo of Adonis and some of his artwork as a way to tease his highly anticipated Certified Lover Boy album.

“They keep asking for a tracklist,” he captioned the photo. “Can’t seem to get one off.”

Drake fans immediately came to the conclusion the bullying and constant scrutiny is the sole reason Drake didn’t want to reveal his son to the world with one person writing, “This the exact kinda shit drake wanted to keep adonis away from” and another noting, “The energy towards Adonis and therefore Drake is honestly scary. He needs to go back to hiding that child from the world (aka weirdos on this fucking app).”

this the exact kinda shit drake wanted to keep adonis away from https://t.co/sdoycgzkxe

Drake addressed his son on the 2018 Scorpion track “Emotionless” and explained why he was hesitant to show his son in public.

“I wasn’t hidin’ my kid from the world,” he rapped. “I was hidin’ the world from my kid/From empty souls who just wake up and look to debate/Until you starin’ at your seed, you can never relate.”

The multi-platinum artist also confessed to having Adonis with Sophie Brussaux on the Scropion song “March 14” in which he spits, “I had to come to terms with the fact that it’s not a maybe/That shit is in stone, sealed and signed/She not my lover like Billie Jean, but the kid is mine.

“Single father, I hate when I hear it/I used to challenge my parents on every album/Now, I’m embarrassed to tell them I ended up as a co-parent/Always promised a family unit/I wanted it to be different because I’ve been through it/But this is the harsh truth now.”

Drake seems to have made peace with being a single dad over the past three years and is embracing fatherhood. As he accepted Billboard’s Artist of the Decade award, Adonis began to cry but was quickly comforted by his famous father.

Check out a few of the reactions to the viral post below.

this the exact kinda shit drake wanted to keep adonis away from https://t.co/sdoycgzkxe

The energy towards Adonis and therefore drake is honestly scary. He needs to go back to hiding that child from the world (aka weirdos on this fucking app).

The way yall acting over Adonis is exactly the reason why Drake was probably hiding that child pic.twitter.com/wS5uEGXIvK