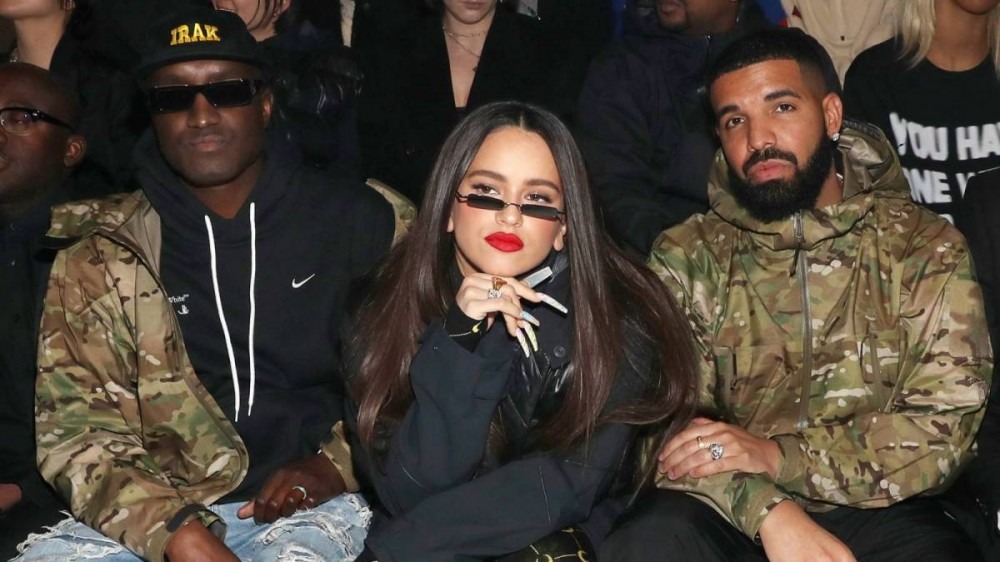 Drake elated OVO Music fans when he announced a surprise album called Honestly, Nevermind would drop at midnight ET on Friday (June 17). Right on schedule, the 14-track project and follow-up to 2021’s Certified Lover Boy arrived on all digital streaming platforms with a lone feature from 21 Savage on the album closer.

But the album also came with a special dedication to late fashion icon Virgil Abloh, who passed away last November. Tucked away neatly at the top of the Apple Music page, Drake’s dedication was coupled with the lyrics to the title track. He wrote at the end, “DEDICATED TO OUR BROTHER V.”

I let my humbleness turn to numbness at times letting time go by knowing I got the endurance to catch it another time
I work with every breath in my body cause it’s the work not air that makes me feel alive
That’s some real detrimental shit but that’s that shit my perfectionist mind doesn’t really mind because no one knows whats on my mind when I go to sleep at 9 & wake up at 5 – unless I say it in rhyme
I can’t remember the last time someone put they phone down, looked me in the eyes and asked my current insight on the times
But I remember every single time someone shined a light in my eyes
I purposely try to forget what went on between some ppl and I because I know I’m not a forgiving guy even when I try
My urge for revenge wins the game against my good guy inside every single fckn time
I got plans I can’t talk about with more than like 4 guys because the last time I shared em with someone on the outside…well that’s another story for another night
I was tryna get thru that statement to get to saying I’m not @ a time in my life where pats on the shoulder help get me by
I’ll take loyalty over an oh my & emoji fire
I know if it was a dark night where all the odds were against my side & my skill went to whoever took my life they’d done me off with a big smile & maybe evn post it for some likes
I know everyone that tells me they love me doesn’t love me all the time especially when im doing better than alright & they have to watch it from whatever point they at in their life
I got here being realistic
I didn’t get here being blind
I know whats what and especially what and who is by my side
Honestly…Nevermind.

DEDICATED TO OUR BROTHER V
—Drake

Luxury goods company LVHM announced his shocking death on November 28, 2021 with a Twitter post, explaining the Off-White founder and artistic director of men’s wear at Louis Vuitton passed away following a private battle with cancer.

“LVMH, Louis Vuitton and Off White are devastated to announce the passing of Virgil Abloh, on Sunday, November 28th, of cancer, which he had been battling privately for several years,” the post reads. “‘We are all shocked after this terrible news. Virgil was not only a genius designer a visionary, he was also a man with a beautiful soul and great wisdom.

“The LVHM family joins me in this moment of great sorrow, and we are all thinking of his loved ones, after the passing of their husband, their father, the brother or their friend.’” The post was signed by Bernard Arnault, the Chief Executive Officers of LVMH.

According to Abloh’s family, the 41-year-old had been battling a rare, aggressive form of cancer called cardiac angiosarcoma. Diagnosed in 2019, he chose to kept his health issues close to home, something his family detailed in an Instagram post.

“We are devastated to announce the passing of our beloved Virgil Abloh, a fiercely devoted father, husband, son, brother, and friend,” the caption read. “He is survived by his loving wife Shannon Abloh, his children Lowe Abloh and Grey Abloh, his sister Edwina Abloh, his parents Nee and Eunice Abloh, and numerous dear friends and colleagues.