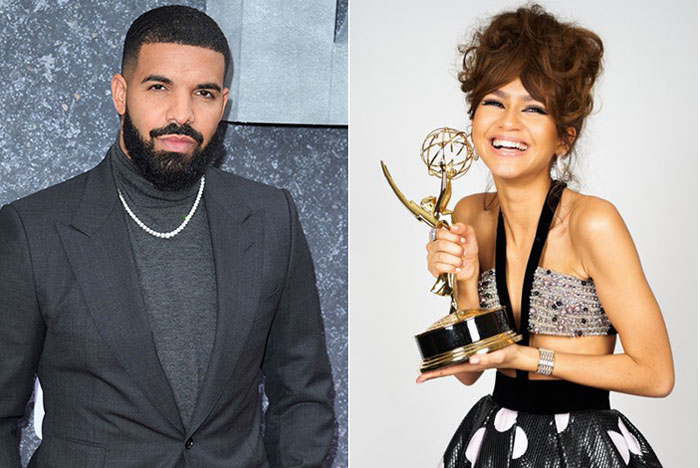 Zendaya made history at the Emmys when she became the youngest person ever to win for Lead Actress in a Drama series.

More #Emmys history tonight! At 24, @Zendaya is the youngest person to win for Lead Actress in a Drama Series! pic.twitter.com/AVUzIqyckH

Zendaya was still reeling from the surreal night. Taking to Instagram, she thanked everyone for their support. “Still on cloud nine…so grateful, still speechless, to all my friends and family who have texted/ tweeted/called etc,” she wrote. “I promise I will get back to you tomorrow when I’ve wrapped my head around this amazing night, until then…gonna go to sleep and make sure this isn’t a dream.”

Drake, who executive produced “Euphoria,” was among those who congratulated Zendaya on the historic win. He posted a a screenshot of Zendaya with her Emmy and captioned it, “@zendaya @euphoria it was a LOCK congratulations.”

Others including Reese Witherspoon also bestowed praise on the young actress. “So happy for you @Zendaya!! Your performance in #Euphoria is outstanding,” tweeted the “Big Little Lies” star.

“Euphoria” has been renewed for a second season.