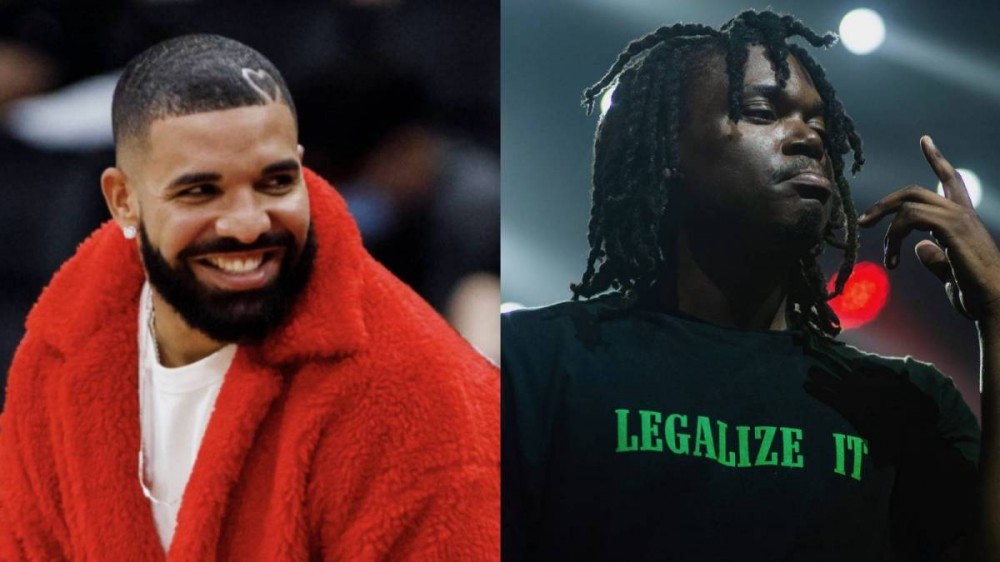 Drake has shown some love to Chicago rapper LUCKI on his Instagram Story by sharing one of the lyrics from his new album FLAWLESS LIKE ME.

The 6 God hopped on his IG Story on Tuesday (September 27) with a screen capture of the lyrics to LUCKI’s song “13” where he referenced Drizzy.

The verse in question references Drake’s love for the city of Houston. “I’m in Houston, I feel like Aubrey, I just spoiled a ho in ghost,” LUCKI raps.

Drake shared the post, and when LUCKI caught wind of it he jumped on Twitter to share the news while also celebrating getting Future as a feature. He also retweeted a picture of HITS Daily Double projected sales chart that shows LUCKI coming in at No. 13 with 22,000 units moved.

“I got Future on my album, I charted & Drake just posted me. NEPTUNE’s OUTTA THERE,” LUCKI tweeted. “I can’t believe I charted. If you know me im always talking about people first week numbers so this is crazy to me. I’ll never get over this. Let’s get in top 10skiii!!!!!!!”

I got Future on my album, I charted & Drake just posted me. NEPTUNE’s OUTTA THERE!!!!

I can’t believe I charted. If you know me im always talking about people first week numbers so this is crazy to me. I’ll never get over this. Let’s get in top 10skiii!!!!!!!

FLAWLESS LIKE ME was released on September 22 and has features from Future and Babyface Ray. The album follows his 2021 mixtape Wake Up Lucki which he did as a collaborative effort with Philadelphia producer F1lthy.

Drake always keeps his ears to the streets to catch the newcomers looking to break through and into the game. He recently did it with Ice Spice when he got a hold of her “Munch (Feelin’ U)” record and played it along with several other of The Bronx rapper’s tracks during an episode of his radio show.

He also started following the 22-year-old on Instagram and flew her out to Toronto to hang out and attend OVOFest. The curly-haired rapper recently had a chat with RapCaviar where she spoke about the impromptu meet-up and the time Drizzy reached out to her on Instagram.

“When Drake DM’d me, I did not really expect that,” Spice said about the message she received from Drizzy. “I had just landed in L.A. for my Genius Open Mic for ‘Munch,’ and he was actually like, ‘Yo, ‘Munch’ is hard and your On the Radar freestyle is hard.’ And I was like, ‘Damn, that’s crazy because I’m really in L.A. about to shoot the Open Mic.’”

She added: “Linking up with him was so cool. Like, he’s mad nice and respectful. We went to OVO Fest. It was exciting because it was like his first time performing in Toronto, I think in like a couple of years. So it was just a movie, everybody was excited. The energy was high. Nicki [Minaj] performed, it was lit. [Lil] Wayne did his thing. That shit was crazy.”