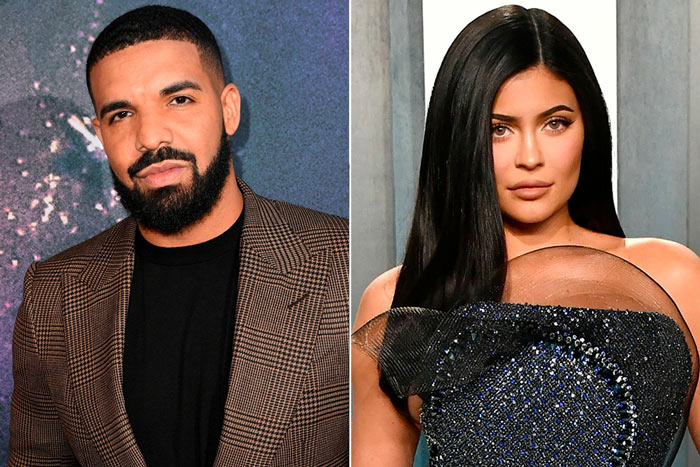 On Wednesday night, the 6 God returned to “Night Owl Sound” on Instagram Live to preview some new music, including an unreleased collaboration with Future. On the untitled track, they boast about their many women.

“Yeah, I’m a hater to society / Real shit, Kylie Jenner that’s a side piece / Yeah, I got 20 motherfu**in’ Kylies,” raps Drake before Future responds, “I got 20 damn Kylies.”

Drake goes on to shout out Kylie’s sister Kendall along with the newly-pregnant Gigi Hadid. “Yeah, I got 20 damn Kendalls / Young slim baddies and they in vogue / Yeah, I got 20 fu**in’ Gigis,” he adds.

The lyrics have once again raised eyebrows following reports that Drake and Kylie had “mutual feelings” for each other. In November, it was rumored that the “Toosie Slide” rapper and beauty mogul were spending time together following her split from Travis Scott, but their relationship never got serious.

“They have known each other and been friends for a very long time and there has always been a spark there, but their situation is complicated and so is Kylie’s with Travis,” a source told Us Weekly.

Their relationship status remains unclear, but the lyrics have fans talking.

Drake said Kylie is his side piece in this Future collab? Spicy.

UPDATE: Drake has apologized for his lyrics about Kylie Jenner. Taking to Instagram Stories, he said that the song is three years old and should never have been played.

“A song that mark ran last night on night owl sound live set shouldn’t have been played,” he said. “It’s a song that leaked 3 years ago and got scrapped shortly after. He was just going too deep in the drake/ future catalogue.”

He never intended to disrespect his friends with the controversial lines. “Last thing I’d want to do is wake up having any friends of mine feeling disrespected so I just had to say that to start off the day,” he added.