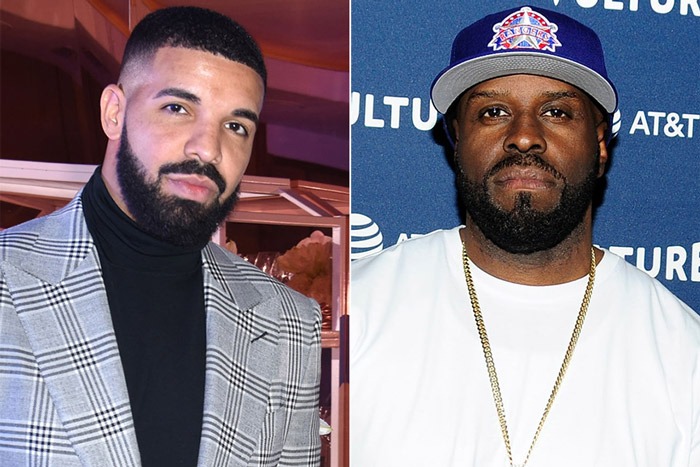 Drake and Funkmaster Flex are it again.

The shots continued on Swizz Beatz and Timbaland’s Instagram Live beat battle, where Flex called Drake “soft.” When Timbaland played Tweet’s “Call Me,” Flex wrote in the comments, “This Tweet or Drake????”

The two have had a contentious relationship, which dates back to Drake and Meek Mill’s 2015 beef when Flex leaked reference tracks that Quentin Miller recorded for Drake’s album If You’re Reading This It’s Too Late. Flex has continued to question Drake’s pen game and sided with Pusha-T during their infamous beef.

Hahahah! Dear Drake Stans! Your favorite artist has reference tracks, lost the battle to Pusha and is an “ACTOR” turned “RAPPER” telling us what the rules on battle rap should be? What words should I use/not use for the “STAN” community?