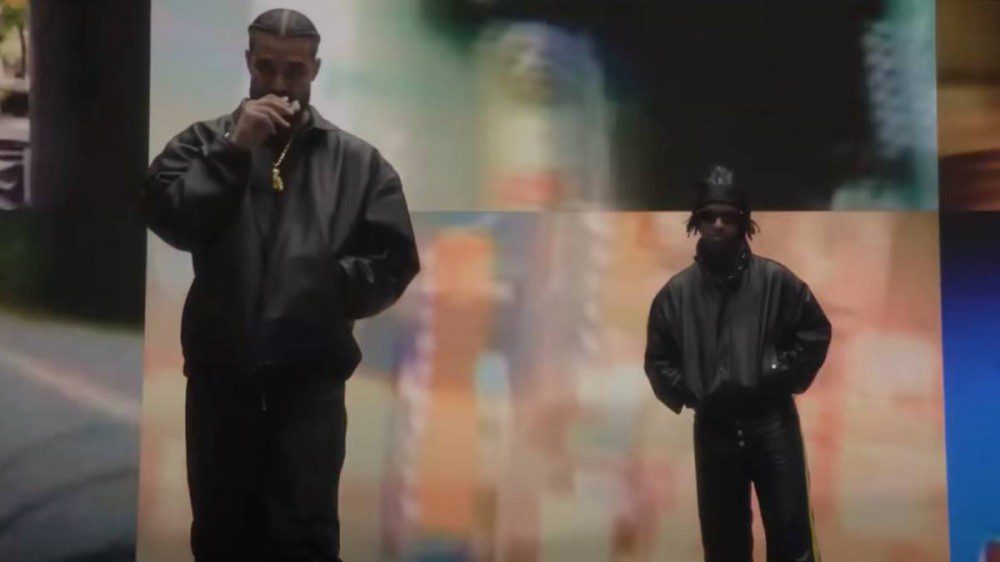 Drake and 21 Savage are taking their friendship one step further with news of a joint album titled Her Loss.

On Friday (October 21), the 6 God announced he would be putting out an official video for his and 21’s most recent collaboration, “Jimmy Crooks,” on Saturday (October 22) — the same day as 21 Savage’s birthday.

“Jimmy Cooks video dropping Saturday,” Drake wrote on his Instagram Story with a picture showing two chains — one with an iced out pendant of the OVO owl and the other with Savage’s 4L logo.

The video is now out and fans will have noticed a message pop up midway through the Mahfuz Sultan-directed clip, after Drake’s verse ends and the track transitions to a new instrumental. “HER LOSS, ALBUM BY DRAKE AND 21 SAVAGE, OCTOBER 28, 2022,” it reads.

Check out the video for “Jimmy Crooks” below:

On Wednesday (October 19), 21 Savage surprised the crowd at the Morehouse-Spelman homecoming concert at the Forbes Arena in Atlanta by having Drake pop up to perform “Jimmy Cooks” live for the first time.

The 6 God also treated fans at the event to a performance of “Nonstop” off his 2018 album Scorpion.

Meanwhile, Drake and NBA YoungBoy have been named the top two streaming artists in any genre for 2022.

According to HitsDailyDouble, YoungBoy and the 6 God have compiled the most streams in America through September with over 12 billion combined.

Drake leads the way as the only artist with over 6.7 billion streams and YB is the lone other artist boasting over five billion. They beat out the likes of music titans such as Taylor Swift, Bad Bunny and The Weeknd to round out the Top Five.

Elsewhere in the Top 10, Hip Hop is well-represented thanks to the late Juice WRLD at No. 6, Kanye West holding steady earning the No. 8 slot with Future and Lil Durk not far behind.