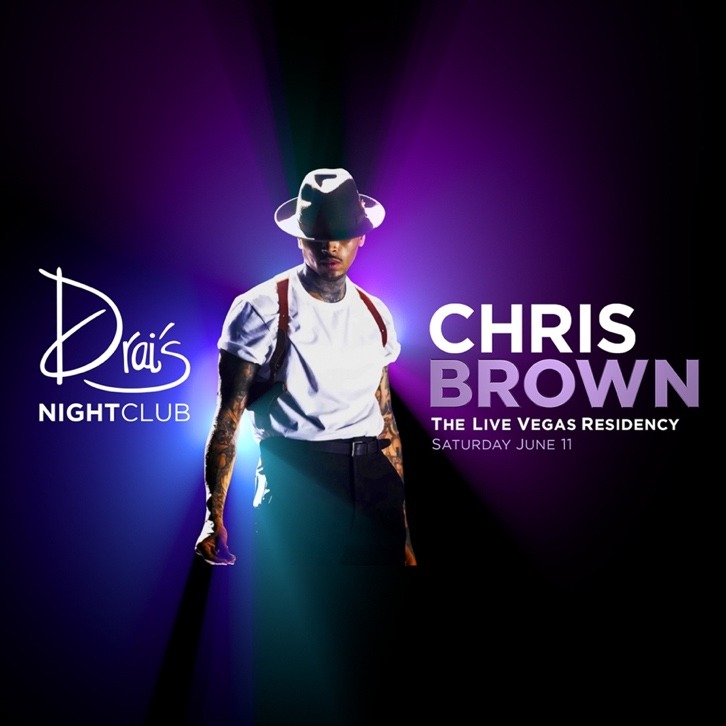 Starting Saturday, June 11, Drai’s Nightclub will welcome famous performer Chris Brown back to the Drai’s LIVE stage for a new multi-year engagement. The Grammy Award-winning artist will make his triumphant return with an explosive new creation unlike anything seen before on Drai’s LIVE. The Drai’s website has tickets available now.

When Brown initially took the Drai’s LIVE stage in 2015, he was one of the club’s inaugural tenants, and he’ll be the first with a custom-designed set and production. The transparent two-level stage, designed to bring Brown’s vision to life, will bring him closer to his fans with an immersive, up close and personal encounter. The R&B legend will sing favorites from his 15-year career, such as “Go Crazy,” “Iffy,” and “No Guidance,” as well as tracks from his highly anticipated new album, Breezy (TBC). At a later date, further shows from his multi-year residency will be revealed.

“Chris Brown helped define Drai’s LIVE and what has become an unmatched lineup of residency performers on the Las Vegas Strip,” said Dustin Drai, Vice President of Entertainment, Drai’s Management Group. “He’s one of the most dynamic live performers today and we’re thrilled to welcome him back with a production that’s set to deliver an unprecedented fan experience.”

Brown has continued to set records, including his own, when the original version of his smash “Go Crazy” surpassed his track “No Guidance” as the longest-running #1 song on the US Billboard R&B/Hip-Hop Airplay chart at 28 weeks. He’s received many award nominations and victories in the last year alone. “Heat” and “No Guidance” were chart-topping singles from his ninth studio album. Breezy (TBC), his ninth studio album, is set to be released this summer.