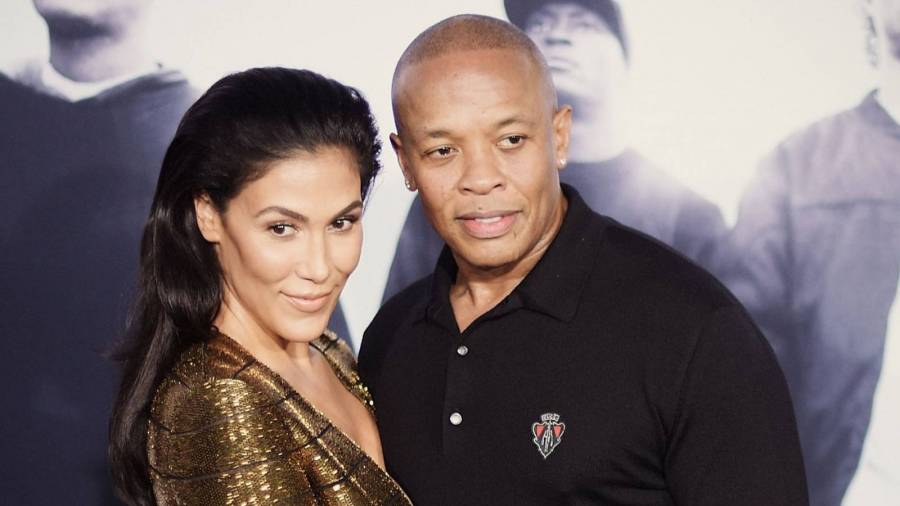 Los Angeles, CA – Dr. Dre and his soon-to-be former spouse Nicole Young are in the middle of a contentious divorce after 24 years of marriage. Young filed paperwork in June citing irreconcilable differences and the ongoing proceedings have been a dramatic mess ever since.

Now, Young is accusing the Hip Hop mogul of using the COVID-19 pandemic to his advantage. According to TMZ, Young wants Dre to attend an in-person deposition, but the Beats co-founder insists on doing it via Zoom for safety reasons.

But Young isn’t buying it and says Dre has “freely entertained” multiple people at home, and participated in several social functions “without implementing even the slightest amount of social distancing protocol.” She also claims Dre has been spotted with musicians and techs without social distancing and “entering and exiting the homes of multiple women around the Los Angeles area.”

The estranged couple is seemingly fighting over a prenuptial agreement and Dre’s net worth, which is estimated at over $1 billion. Shortly after Young filed, she asked for nearly $2 million a month in temporary spousal support and another $5 million for legal fees. But last month, a judge ruled Dre wouldn’t have to indulge those requests in part because she’d already fired the security team Dre was originally funding.

As the divorce heated up, Young also claimed she owned the trademark to the “Dr. Dre” name and his seminal 1992 debut The Chronic. Young was then accused of pilfering over $350,000 from Record One recording studios, a company Dre and Young founded together in 2015.

As of now, there’s no telling when their divorce will be finalized.