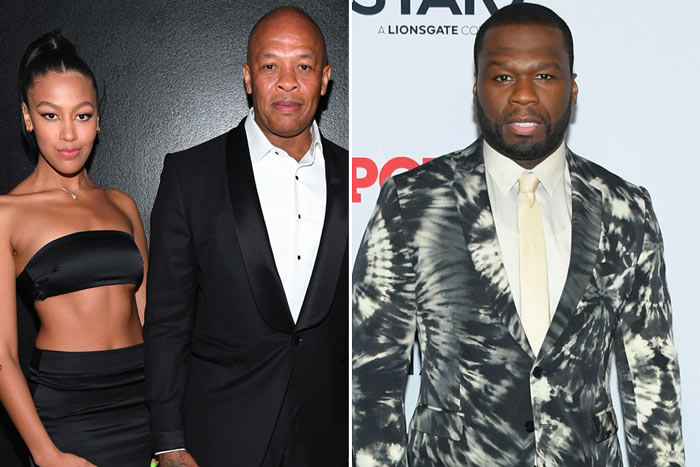 Dr. Dre’s daughter has had enough of 50 Cent’s trolling.

Truly Young is firing back at the rapper after he mocked her parents’ highly-publicized divorce. Earlier this month, 50 shared a headline about Truly’s mother, Nicole Young, who is reportedly seeking $2 million from her estranged husband in monthly support. “These bitches be crazy how do you even ask for 2 million a month,” he commented on the story.

After seeing his post, Truly issued a scathing response to 50, who is signed to her father’s Aftermath Records. “Haha…. coming from an ugly, washed up, early 2000s rapper who filed for bankruptcy and is only envious of my family’s wealth and lifestyle,” she wrote in the comments. “Have fun spending the rest of your savings on steroids. F**k you.”

But she wasn’t finished. Taking to her Instagram Story, Truly went on to call 50 “disgusting and vile” for his misogynistic and disrespectful comments about her mother.

“The blatant misogyny and disrespect by ignorant men that is being shown is absolutely fu**ing disgusting and vile,” she wrote. “Calling my mother, my dad’s wife, a bitch is unforgivable. You have no respect for me or my siblings and this is extremely evident.”

Added Truly, “50, your marketing schemes are as low life and disgusting as you are. Using a photo of my parents and I solely to gain attention for yourself exemplifies a lot of the things wrong with the world right now. You disgust me, and I can speak for women of my generation as well. You are furthering the problems. Everyone already knows that you’re a dick, but you just proved it yourself.”

50 responded after being put on blast. “Dr Dre’s daughter just told me to shut the fu*k up. LOL,” he tweeted.

Truly, 19, is one of Dre and Nicole’s two children. The estranged couple also has a 23-year-old son, Truice.

Truly’s parents are in the middle of a contentious divorce. In June, Nicole filed for separation from her husband after 24 years of marriage. There is now a battle over his $800 million estate. The couple had a prenup, but Nicole is challenging it, saying she signed it under duress.