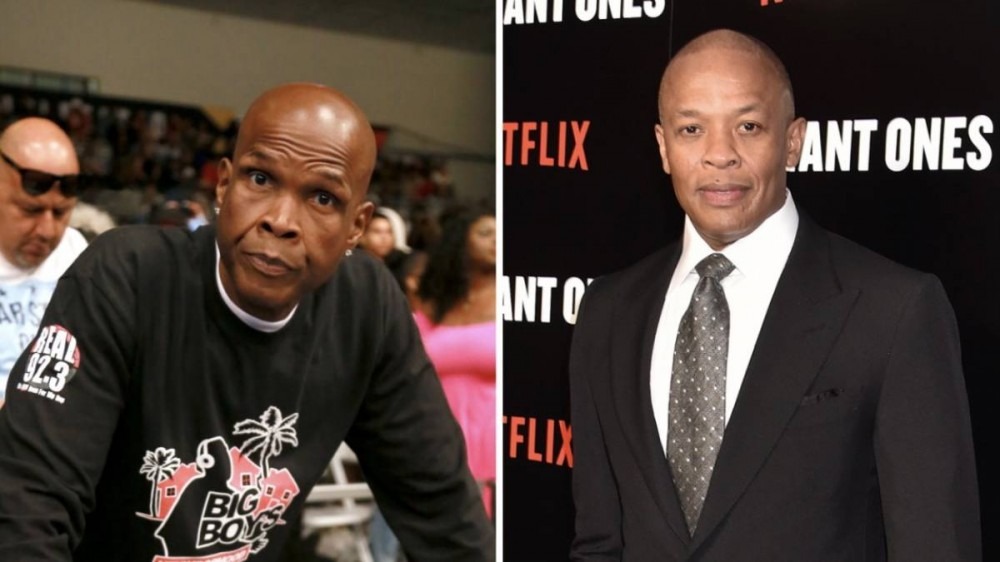 Legendary Hip Hop radio host Big Boy’s contributions to the game have spanned almost 30 years, and the Hollywood Chamber of Commerce is celebrating him in a major way.

On Wednesday (September 8), Big Boy will receive a star on the Hollywood Walk of Fame, and for the ceremony, legendary producer Dr. Dre will present the award to one of his closest friends. The special event is also taking place on Big Boy’s 52nd birthday, with the star being dedicated in the category of radio at 6212 Hollywood Boulevard in front of Amoeba Music.

“‘Big Boy’ is L.A.’s pride and joy and a hero to his listeners. We are thrilled to honor him on his special birthday and welcome him to our Walk of Fame family,” producer of the Hollywood Walk of Fame Ana Martinez said.

The 51-year-old put in over 20 years at Power 106, and before that, he was DJing parties and served as a bodyguard for the ’90s Hip Hop group The Pharcyde. Today he’s the host of Big Boy’s Neighborhood on iHeart Media’s Real 92.3.

Big Boy is a decorated disc jockey and has won awards including Radio Music Awards’ Personality of the Year four times. He has also received that same honor eight times from Radio and Records Media. The National Association of Broadcasters has also awarded Big Boy the Marconi Award three times. He was inducted into the Radio Hall of Fame in 2015.

There’s no stopping Big Boy’s hustle which is a testament to his decades-long journey in radio. He is launching a new show called After Hours with Big Boy, featuring celebrity guests in the hot seat on October 7. The show will be interactive and allow fans to join in on the experience live.

Big Boy is also unleashing Off Air with Big Boy, an intimate interview series where the iconic host sits with celebrities such as Kevin Hart, George Lopez, Snoop Dogg, Tiffany Haddish and more. One of the show’s highlights will be a segment called Flowers, where stars are honored for the work they’ve done throughout their career.