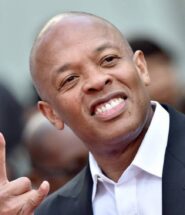 Dr. Dre got quite the wake-up call on January 6 when he was rushed to Cedars-Sinai Medical Center in Los Angeles by ambulance after suffering a reported brain aneurysm. Upon arrival, he was quickly taken to the Intensive Care Unit (ICU) so doctors could run a battery of tests in an effort to determine what exactly caused the brain bleed.

Although the Beats mogul issued an Instagram update the evening the news broke, he remained in the hospital for another week as specialists continued to explore what exactly happened. Now back home, Dre was photographed in the studio over the weekend, but doctors still have him on 24/7 observation.

Like many of Dre’s peers, Royce Da 5’9 was concerned about the Doc’s condition and fired off a text to see how he was holding up. Nickle Nine shared the exchange on Sunday night (January 17), which came with some encouraging news regarding Dre’s health.

Royce text, “Big Homie. Everything A-1?” to which Dre replied, “Hey Royce!!! I’m home and feeling much better. Thanks for checking bro.” The Bad Meets Evil MC wrote in the caption, “This year is better already.”

Doctors have yet to figure out what specifically led to Dre’s condition. The 55-year-old Hip Hop legend is in the middle of a heated divorce with estranged wife Nicole Young and the two have been battling it out in court.

According to the Mayo Clinic, high blood pressure is the leading cause of a subarachnoid hemorrhage and heavy lifting or strain can cause the aneurysm to rupture, so it’s possible the stress of the split had medical consequences.

But seeing Dre in the studio is undoubtedly a good sign and Royce’s text exchange is a cherry on top.