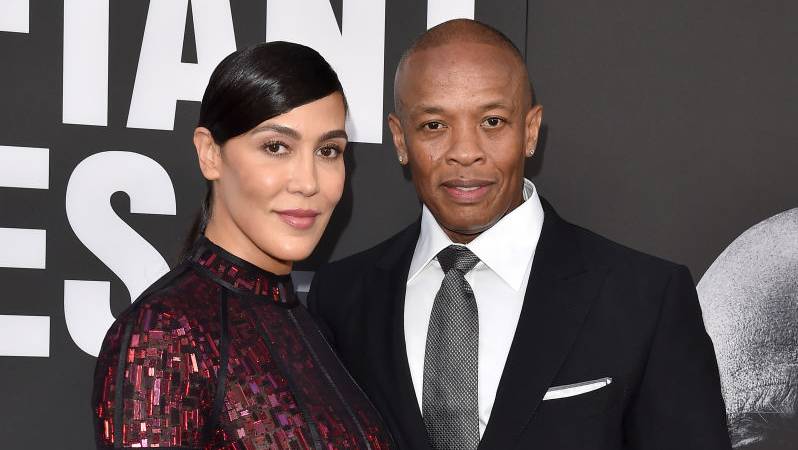 Los Angeles, CA – Dr. Dre and Nicole Young’s impending divorce was made public in June when she filed court documents asking for a dissolution of their 24-year marriage. But according to docs obtained by The Daily Mail, they’d split up months before Young filed the paperwork and were apparently having trouble moving on.

In Dre’s declaration to the Los Angeles Superior Court, he denied allegations of abuse and claimed they’d actually spent an intimate evening together in May, not long after Young moved out of their Malibu estate.

“Nicole moved out of the family residence in or about March or early April 2020,’ Dre reportedly said in the 189-page court filing. “We continued to speak, socialize and to see each other thereafter. While Nicole now says she was afraid of me, for our wedding anniversary on May 25 2020, Nicole invited me to dinner at my Malibu residences where she was living.

“I accepted this invitation. We celebrated our anniversary and we had dinner together and I spent the night with her.”

The Hip Hop mogul assured the court Young’s claims he’d abused her in any way are completely false. Subsequently, he wants the court to forbade Young from bringing it up in any future court proceedings.

“She was not and is not afraid of me and her allegations to the contrary are pure fabrication created post-divorce filing,” he continued. “Her recent assertions of fear or abuse and having been coerced or controlled by me are not supported by any evidence other than her say-so and are not credible to anyone who has ever encountered my wife or seen us together.

The court documents also included an emotional email from Young to Dre in which she revealed how hurt she was knowing he allegedly stepped outside of their marriage. In October, Young asked a judge to subpoena three of Dre’s alleged mistresses — singer Jillian Speer, model turned skin care entrepreneur Kili Anderson and Crystal Rogers, known as the “Queen of Latin Hip Hop.”

Young sent the email in question on June 29, the day she filed for divorce. She wrote in part, “In my heart and my gut, I know that you are with other people. I’m sure I don’t have to tell you the incredible amount of hurt and pain I am in knowing you are not faithful.”

While Dre hasn’t denied the cheating allegations, his attorney Laura Wasser insists infidelity isn’t proof of abuse. Young is seeking $2 million a month in temporary spousal support and another $5 million in lawyer fees, which Wasser calls “exorbitant and outrageous.” He already pays $239,000 a month for Young to maintain her luxurious lifestyle.

Dre and Young’s $1 billion divorce has grown increasingly more complicated over the last six months. Young stands accused of embezzling more than $350,000 from Record One, a company she co-founded with Dre. Of course, the primary dispute revolves around the prenuptial agreement Young signed in May 1996, which she believes should be tossed out. Young claims Dre tore it up one night as some type of romantic gesture.