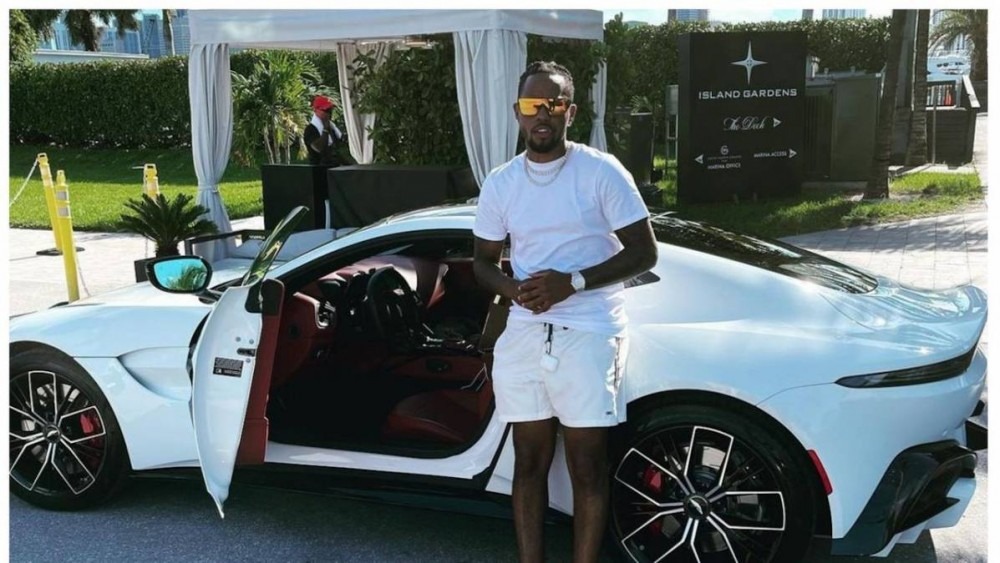 London On Da Track has made headlines related to new music — and not just for his relationship drama with Summer Walker.

On Tuesday (November 23), the producer revealed he’s in the studio with the legendary Dr. Dre.

Posting a flurry of photos to his Instagram and Twitter accounts, London shared a few snapshots from the studio session, which included Dre playing some chords on a keyboard while observing London at work.

“B4 you ever lead or teach u must first be a student,” London captioned the photos. “#Legendary 1st DrDre x Londonondatrack 11/23/21.”

Fans were left guessing as to what the platinum-selling pair were up to, but Dr. Dre and London On Da Track have both had their share of relationship turmoil recently that’s distracted from their music.

Dr. Dre’s contentious divorce from Nicole Young continues to drag on over a year since she first filed in June 2020. On Monday (November 22), it was revealed in a court declaration obtained by RadarOnline that the iconic producer felt betrayed by how Young is handling the proceedings.

“After learning last August of Nicole’s false accusations of abuse, I realized then that I did not know the woman I had married and loved,” Dre reportedly said.

As for London, he’s also deep in his drama with his ex-girlfriend and mother of his child Summer Walker. Walker took to social media to criticize London after the producer was revealed to have multiple songwriting credits on her new album Still Over It.

“He didn’t WRITE shit and he didn’t PRODUCE shit either,” Walker wrote in the comments of a Shade Room post. “He just handpicked the n-ggas he wanted to do all the work and attached his name to it while he was out screwin hoes while I was PREGNANT. The most he did was sprinkle a wind chime effect on a song that was already done then put his name on it.”

Walker’s sophomore effort Still Over It debuted at No. 1 on the Billboard 200, making it the first R&B No. 1 by a woman in more than five years. The project debuted with over 653,000 total album-equivalent units earned, followed by an estimated 321,000 units its second week and then an additional 202,000 units its third week.

Walker continued by saying on her previous album, Over It, London “actually did the work, and it was a great project. He super talented, but for this album, lol no sir.”

She concluded her complaint by saying “I guess the city boys is up, taking credit for ish you ain’t do and not actually having to take care of the kids you made. Lol ima go back to minding my business, this just triggered the hell out me.”