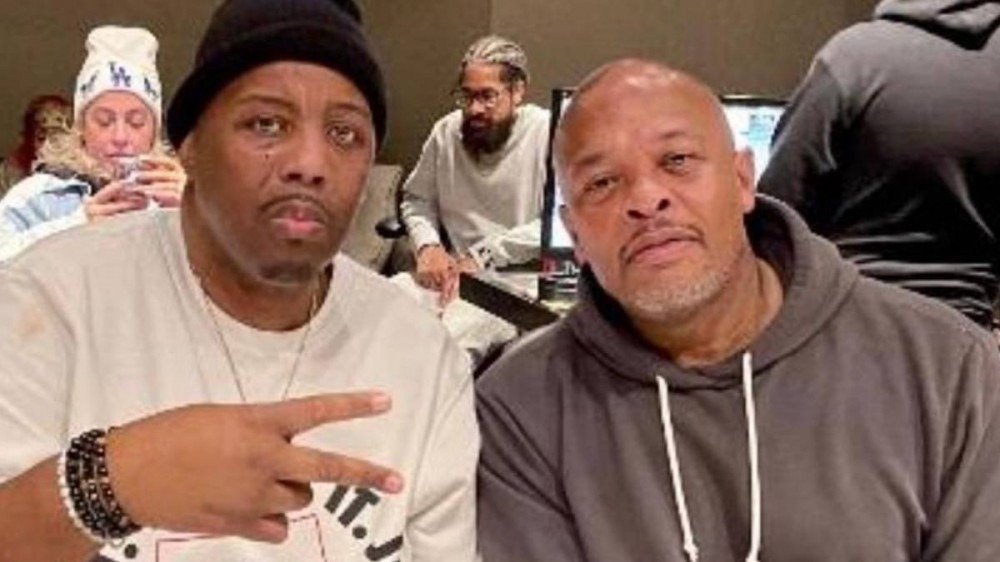 Dr. Dre has crossed some major milestones most people only dream of just three months in to 2022. On February 13, the Beats By Dre mogul joined Snoop Dogg, Eminem, Kendrick Lamar, Mary J. Blige and surprise guest 50 Cent for the historic Pepsi Halftime Show at Super Bowl LVI, the most Hip Hop-centric show in halftime history.

The 57-year-old legend is also legally single after divorcing his wife of 24 years, Nicole Young, allowing him to move forward in his personal life. Needless to say, this is another chapter for Dr. Dre and fans might finally, finally get their hands on new material soon.

On Sunday (February 27), EPMD’s Erick Sermon — also known as the Green-Eyed Bandit — shared an Instagram post of himself in the studio with the prolific producer and announced they’d been working on music together for the first time in their three decades-plus friendship. As noted in the caption, Sermon said at least one of the songs would be for his forthcoming project, Dynamic Duos.

“I got to L.A a day before the #superbowl ..then 2 days after that was his bday…after that .. the #sagacontinues,” he wrote. “We worked on my new project #DYNAMICDUOS … the next day he called @snoopdogg we made something epic for him .. then we made something for him after. I think lol. Then he says Erick .. that’s 3. What’s next ? GOD doesn’t make mistakes.”

Erick Sermon then expressed his gratitude for the ability to even link with Dr. Dre and admitted he’d been struggling with his mental health while tagging Saweetie, producer Focus… and several others in the post.

“Thanks for the opportunity,” he continued. “We were friends for over 30 and never worked together.. a lot of ppl has been waiting on this to happen. Well .. here it is. Thank @focus3dots @coachbernard @mikecity ….. @rance1500 @saweetie @thebrandengine @joellejames. My mental health has been a factor for awhile .. thank u @drdre for changing that. #beautiful blessings.”

EPMD rose to Hip Hop notoriety in the late ’80s and early ’90s when they dropped classics such as “Please Listen To My Demo” and “You Gots Ta Chill.” More recently, Nas brought Erick Sermon and Parish Smith back together for the King’s Disease II track “EPMD 2” featuring Eminem, which arrived in August 2021.

Speaking to HipHopDX at the time, Parish confessed they didn’t know Eminem was going to be on the song until a week before it dropped, adding they kept it “tight-lipped.” Overall, he thought the song brought the best out of all four MCs.

“When you get on a track like that with artists like EPMD and Nas, it goes back to like an MC’s favorite MC — you step it up,” he explained. “I would say in comparison to K-Solo on ‘Knick Knack Patty Wack’ on EPMD’s Unfinished Business. We came in regular mode, we was doing what we do. At the end, K-Solo came in representing the true essence of what Hip Hop is all about.

“He not only rocked his regular bars like he was supposed to, he kept going when the beat went off and that’s what made that song so dope. It was more about expression, how you felt and getting your point across. Hip Hop hasn’t been in this mode in a long time.”