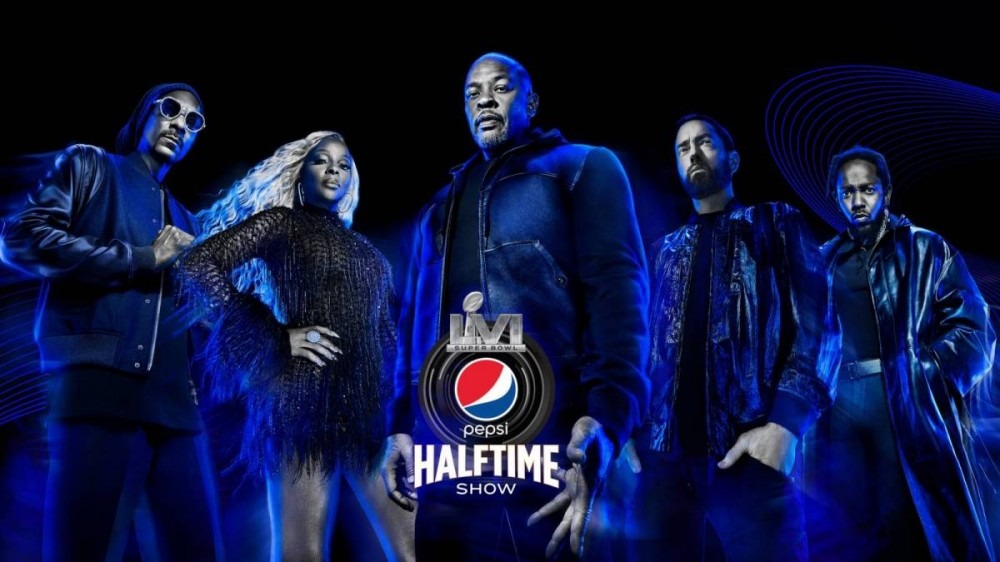 Los Angeles, CA – It’s a rare day when Dr. Dre posts on Instagram — but Thursday (September 30) was no ordinary day. After all, the Hip Hop mogul had some important news to announce regarding the Super Bowl LVI halftime show.

According to the post, Eminem, Dr. Dre, Kendrick Lamar, Mary J. Blige and Snoop Dogg have been booked to perform at the show in February 2022, bringing five Hip Hop and R&B pillars to the stage.

“I’m extremely excited to share the stage with my friends for the #PepsieHalftime show,” Dr. Dre captioned the post. “This will introduce the next saga of my career….Bigger and Better than Ever!!! @NBCSports @Pepsi @NFL @RocNation #SBLVI.”

Eminem shared the news with his 22.5 Twitter followers in synchronicity with Dr. Dre, using the same image of the five superstars together.

Fans will notice Roc Nation is tagged in both posts, making it obvious JAY-Z played a big role in making this happen. Roc Nation signed a deal with the National Football League in 2019 to aid in the league’s social justice efforts and bolster its connections in the music industry.

As the NFL’s “live music entertainment strategist,” JAY-Z and Roc Nation serve as consultants on productions such as the Super Bowl halftime show.

JAY-Z added, “This is the Pepsi Super Bowl Halftime Show. This is history in the making.”

Hov also contributes to the league’s Inspire Change initiative as part of the deal. The campaign was created after multiple players followed former San Francisco 49ers quarterback Colin Kaepernick’s lead by kneeling during the national anthem to protest racial injustice and police brutality.

“The NFL has a great big platform, and it has to be all-inclusive,” JAY-Z told the New York Times. “They were willing to do some things, to make some changes, that we can do some good.”

Of course, JAY-Z’s alignment with the NFL didn’t sit well with everyone considering the controversy surrounding Kaepernick and other players’ national anthem protests. But Diddy was among those who thought it was a positive step in the right direction.

“I applaud JAY-Z and I applaud the NFL for bringing him in,” he tweeted at the time. “This isn’t just about the NFL, it’s about how Black and brown people are treated daily across this country. We have to come together and make the hard decisions, nobody is going to do it for us.”

The 2022 Super Bowl will take place on February 13, 2022 at SoFi Stadium just outside Los Angeles, the home of the Rams and Chargers.