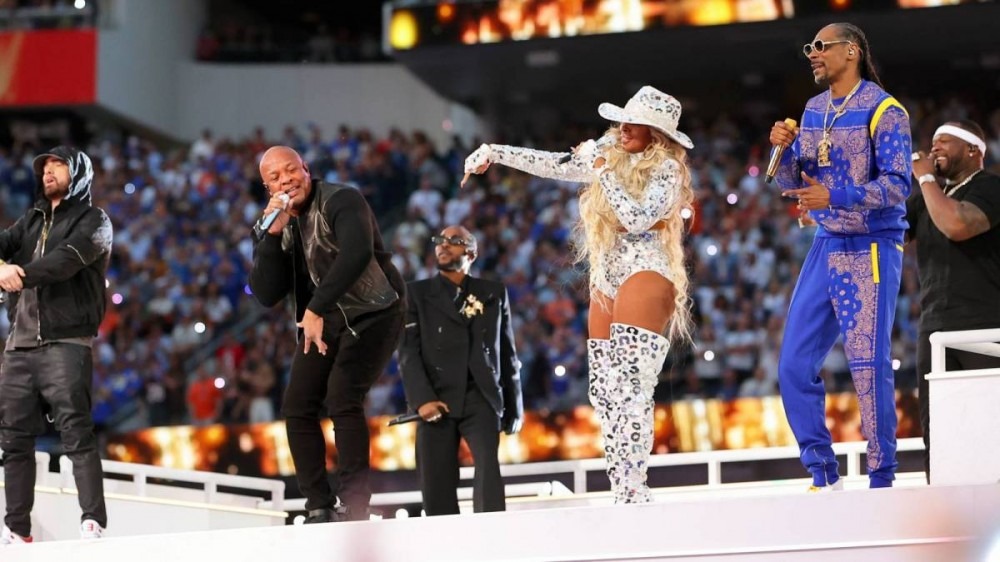 According to a tweet from the Television Academy, the six Hip Hop/R&B heavyweights took home the gilded trophy in both the Outstanding Variety Special (Live) and Outstanding Production Design for a Variety Special categories for the West Coast-themed event that went down in February.

The highly anticipated Super Bowl LVI Pepsi Halftime Show took place on February 13 as the Los Angeles Rams took on the Cincinnati Bengals, and the Rams defeating the Bengals was among the many wins for Los Angeles that night.

From Dr. Dre and Snoop Dogg’s “The Next Episode,” 2Pac and Dre’s “California Love” and 50 Cent’s “In Da Club” to Eminem’s “Lose Yourself,” Mary J. Blige’s “Family Affair” and Kendrick Lamar’s “m.A.A.d City,” the explosive set had people busting out their Nike Cortezes and bandanas like it was 1992.