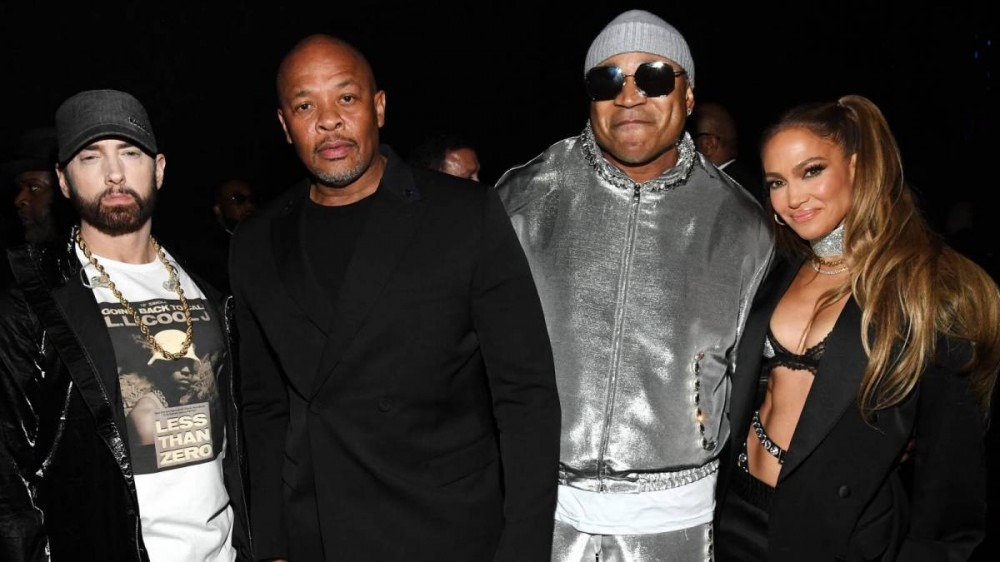 But there were a few attendees who weren’t exactly expected to pop up. As LL COOL J took the stage for his performance, he was soon joined by Eminem for his 1985 Radio classic “Rock The Bells,” while Jennifer Lopez contributed to a live rendition of their 2002 collaboration, “All I Have.”

Meanwhile, Dr. Dre presented LL COOL J with an award for Musical Excellence and praised the Def Jam juggernaut for being “in that unique space that crosses generations … loved by you, your mom and all your kids. How about that?” He also clowned Def Jam for once giving the “Bad” legend a cheap watch as a parting gift once he left the iconic imprint.

“That parting gift you got, it was just a placeholder for tonight,” Dre said. “Something bigger was always in store to celebrate you, my man.”

“It was love — ‘Wow, there’s some people over there who won’t take no for an answer. This is a guy who deserves to be in there, and we gotta keep fighting to get him in there! Hall of Fame, know my name!”

JAY-Z was also inducted into the famed Rock Hall Saturday night. As part of his acceptance speech, he paid homage to LL COOL J, saying, “I would watch these guys, and you know they had big rope chains, and they wore leather, and sometimes even the red-black-green medallions, and whatever they wore, everybody would wear the next day.

“And I was like, ‘That’s what I want to do. I want to be like those guys.’ And so I set out on my journey, writing at my table—shout out to Dr. Gloria Carter in the house, she bought me the green notebook.”