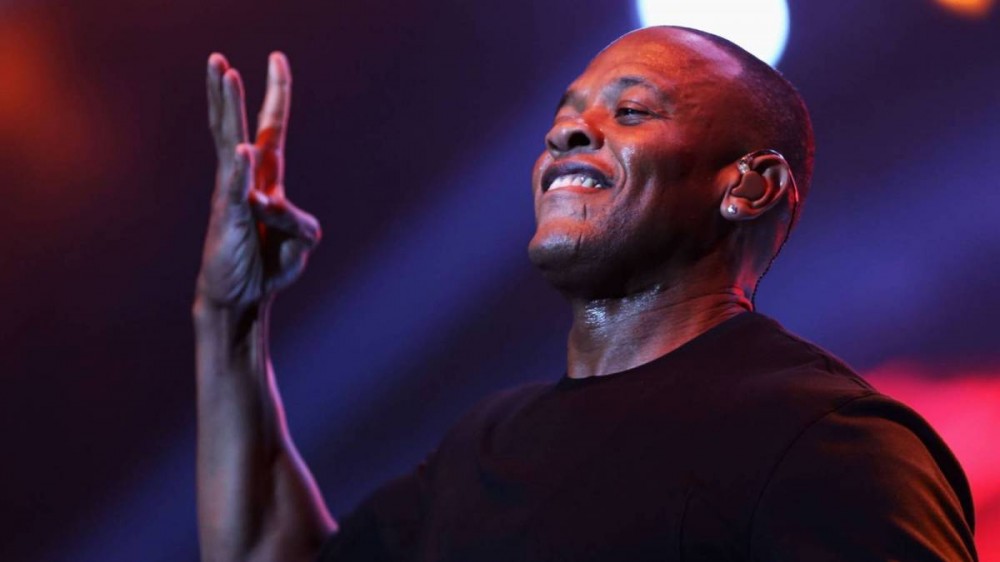 Dr. Dre has been getting busy in the studio since he was released from Cedars-Sinai Medical Center last month following a reported brain aneurysm. Now, evidence of his hard work has hit the internet in a snippet of a KXNG Crooked collaboration that may or may not be from the nearly mythical Detox album.

During an Instagram Live session over the weekend, longtime Aftermath Entertainment affiliate DJ Silk — who was recently photographed alongside the Beats By Dre mogul and former Slaughterhouse MC — played a roughly two-minute segment of the unmastered track. Dre sounds fired up about his pending divorce from Nicole Young and makes a reference to his time in the ICU.

“(Bitch) Trying to kill me with them lies and that perjury, I see you trying to fuck me while I’m in surgery/In ICU, death bed, on some money shit/Greedy bitch, take a pick, girl you know how money get … You know we don’t tolerate that nonsense, by any means get your hand up out my pocket/This life is private just like the pilot, it’s been decided, this the Poseidon.”

The hook revolves around a melodic “Fuck that shit” then Crooked comes in with, “Tin man shit, your music lack heart/Thought it was voodoo, we making magic with this black art.”

On February 13, Crook posted a photo from his Dre sessions and captioned the post, “I told the [GOAT] I’m on a mission with this one!

I told the 🐐 I’m on a mission with this one! #COB 🏴🏳️🏴 pic.twitter.com/HLR7GSImtD

Anticipation for Dre’s long awaited Detox project was taken up a notch after producer Dem Jointz hinted at a 2021 release in an Instagram post in January. The photo featured Dre, The D.O.C. and several others posted up in front of a mixing board with the caption, “And we back! #Detox21.”

Dre announced Detox in 2002, but it was reportedly delayed so he could work on projects for 50 Cent, Eminem and The Game. In 2015, Dre claimed he’d officially scrapped the project after working on the album for over a decade and instead, gave Dre fans Compton: A Soundtrack By Dr. Dre.

During an August 2020 interview with VladTV, Akon spoke about the Detox sessions and suggested Dre’s perfectionism is what’s keeping the project from seeing the light of day.

“I don’t think [Dre] understands his power sometimes,” he said at the time. “I don’t think that — I think he’s gonna win no matter what because he’s Dre! Just drop that bitch! Like he got bangers though. I know for a fact I did a couple of bangers that the world probably will never hear. But man, from what I did hear when we were working together and I was submitting records for ’em, man, they got so much heat. But he’s just a perfectionist — too perfect.”

As Dre’s bitter divorce drags on, he has already agreed to pay her a one-time amount of $2 million in temporary spousal support from his hospital bed.