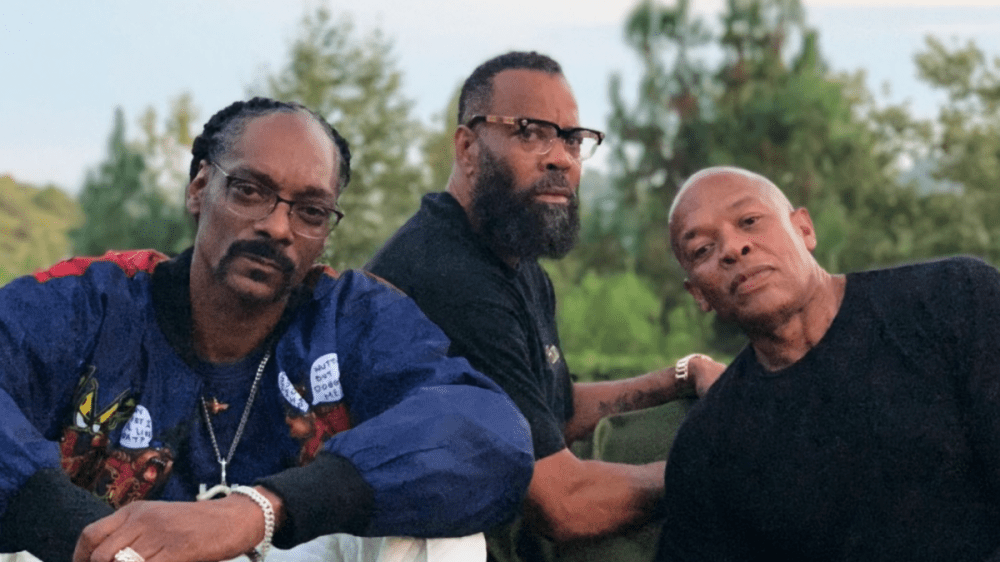 Dr. Dre is crediting The D.O.C. for convincing him to rap on The Chronic, his multiplatinum 1992 solo debut.

In an interview with the Workout The Doubt with Dolvett Quince podcast, the Beats mogul casually mentioned how he originally didn’t plan on rapping on the project at all.  Obviously, plans changed and he wound up lending his voice to now-classic singles such as “Nuthin’ But A G Thang” and “Let Me Ride.”

“The D.O.C., my friend, talked me into to getting on the mic and actually doing that thing,” he said. “Before that, I wasn’t going to get on the mic. I was just going to lay back and produce, which was the idea of The Chronic album, my first solo album. That’s what I wanted to do.”

The D.O.C. is often treated like rap’s secret weapon — even after the near-fatal accident that robbed him of his voice. He’s responsible for penning several hits for N.W.A, Eazy-E and, of course, Dr. Dre. His own solo debut, 1989’s No One Can Do It Better, peaked at No. 1 on the Top Hip Hop/R&B Albums chart. But shortly after its release, he suffered an unimaginable tragedy when he lost control of his vehicle and got into a terrible wreck.

During an interview with HipHopDX in April, the West Coast gangsta rap legend spoke about that life-altering event in his inimitable gruff and revealed he almost avoided the accident when he was pulled over by Los Angeles police just before the accident — but they let him go.

“The night of the accident, it was like a 24-hour period where I had tried both cocaine and ecstasy,” he admitted. “And then it just quit working when I was driving home.”

When asked if he wished the officers would have hauled him off to jail, he replied, “I did that for about 30 years. But here recently, I understand that those officers were just a part of that time. Had they taken me to jail, I wouldn’t be here where I am right now today. Now, I have insight into an understanding that allows me to help a lot of other people who are in that same space.”

To this day, The D.O.C. always jumps on the opportunity to get in the studio with Dr. Dre and Snoop Dogg, too. He may not be able to rap like he did on “It’s Funky Enough” or “The Formula,” but he knows he has a bigger mission: “I found sort of a different purpose, and that purpose needs this voice.”